Well, I suppose it depend on whether you are a buyer, a seller or an agent.

But what about for agents?

As always, the answer depends on whether you in the top 20% or the bottom 80%.

Almost everything in life can be broken down into variations of the Pareto Principle, named after the Italian economist who in 1906 famously observed that 80% of the land in Italy was owned by just 20% of the population.

Since then, the Pareto Principle has become a mainstreamed fact of life.  We apply the 80/20 rule to everything, because it works.  In fact, according to the United Nations, 20% of the global population today controls 82.7% of the world’s wealth. 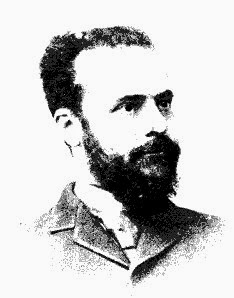 So what does that translate to in today’s “hot market”?

That means for every ten agents, fewer than four got any side of any deal last month.  Six out of ten got nothing.

Of course, the distribution of deals in real life is neither uniform nor fair.  We know that certain agents sold much more than 0.39 homes last month (I have averaged nearly three sales per month for the first seven months of the year), so it’s not unreasonable to argue that 7 to 8 out of every ten sold nothing.


This is a very inefficient model, supported by inefficient brokerage models and companies (would you like me name names?) that allow non-producing agents to hang around for cheap in hopes that they one day accidentally sell something, in which case the brokerage can snag 30% - 50% of the commission off the top.

I used to work directly for the CEO of the largest CENTURY 21 franchise in the world, and very early on in our relationship, he taught me an eternal truth:  You’re either growing, or you are dying.

Most agents today are dying, and the deck is going to be cleared soon.  Market efficiencies are coming to real estate (like Zillow) that are going to blow out the bit player while consolidating power in the hands of mighty 20%.

Consumers no longer begin their home search with a real estate agent.  Today, consumers go online long before they contact an agent.  And they check you out.  They view your profile.  They read your reviews (if you have any).  If you're not in the top 20%, they move on.

The real estate business if full of dead men walking, and has been for a long time.  The difference is that the table scraps which have been keeping the bottom 80% alive are being swallowed up by the likes of Zillow, which plans to sell them to the 20% who have the money and have the know-how to handle the business.

The moral of the story?  Get good help.
Posted by Dale Becker, RE/MAX Alliance at 9:11 AM