Many consumers believe the MLS is nothing more than a handy nickname for the database where agents post their listings for sale.  “I saw it in the MLS”, a client will often say when a new listing hits the market. 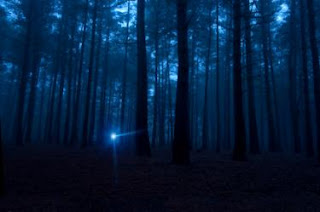 That’s an important distinction, because listing a home for sale in the MLS does more than just post your property on a digital billboard seen by a massive online audience.  It also binds you (and your brokerage) to rules and regulations which are designed to ensure ethics, transparency and fairness to all parties.

One common theme in a hot market is a rise in the number of FSBO (For Sale By Owner) listings.  When the market is rolling, FSBO sellers bank on the market (and not a broker) to sell the house.

Seems like a great way to save some money, and it makes sense if you believe that the final sales price for your home is simply pre-ordained in the heavens, and not at least partly attributable to the exposure, marketing, strategy and negotiation skills of a good broker.

To think that agents don't influence the final terms of a deal is naive.

I've said it before and I'll say it until I'm gone... a good broker creates value beyond cost.  A good broker mitigates risk and maximizes returns. A good broker spots potential problems early and intervenes quickly.  A good broker crafts thorough solutions that make it easy for the other side to say "yes".  And a good broker keeps emotions out of the deal and stays focused on the end result.

But there are other perils of going off-MLS, and they relate back to those MLS rules and regulations which exist to ensure ethics, transparency and fairness to all parties.

I recently had an investor-client contact me about an income property he saw posted for sale on Craig’s List.  It was a $500k home in Denver with an approved ADU (accessory dwelling unit) built in the backyard, which rented for $1,100 per month.  In the main house, there were two renters - a “main floor renter” paying $1,250 per month, and an “upstairs renter” who had access to a modified and enclosed loft space (accessible through a private side entrance) for $850 per month.

Add it up, and the three leases were generating $3,200 per month in rent.  On a $500k home with a 20% down payment and a 30-year loan at 4%, a new investor would be looking at about $900 per month in positive cash flow, which would make it a very strong investment.

But as is so often the case (especially on Craig’s List), the reality turned out to be something far different.  Turns out, thanks to my own investigation, that the property was zoned as a duplex, not a triplex.  Hence, the third living space (and upstairs lease) was illegal, and the city could step in at any time and evict one of the tenants for violating the occupancy code, as well as imposing penalties on the owner.

Take away that extra $850 in income, and it shaves $50k off the value of the property.

When I asked to see copies of the leases, the seller initially refused, saying she didn’t know where they were.  (In reality, she didn’t want to turn them over because they could be turned over to the city, thus busting up her illegal three-unit operation)

Despite my concerns, my client remained interested in the property and its potential, even as a two-unit rental.  When I went back to the seller and expressed continued interest, she eventually agreed to let us view the leases – but only two of them.

The bottom line is that this seller was looking for value based off of three leases, but legally only two were enforceable.  When I talked to her about the challenges this would create for the lender and the appraiser (who would value the property based on the leases), she came back with a solution… she would lump the two tenants in the main house together and have the upstairs tenant sublease from the main floor tenant.

By this time, it was clear to me that this Craig's List seller knew exactly what was going on.  It was a cat and mouse game predicated on finding someone who would pay an inflated price by accepting the imaginary value created by her illegal third lease.

I advised my client to walk away from the negotiation.

In the MLS, marketing this property as a triplex could expose you to a lawsuit, result in loss of your MLS membership and could even lead to suspension or revocation of your real estate license.  But in the “off MLS” world of Craig’s List, it was a clever way for the seller to try and pocket an extra $50k through some creative lease structuring, otherwise known as loan fraud.

This is an extreme case, but I’ve run into countless headaches through the years when clients have wanted to venture “off MLS”.  Whether it’s an attempt to navigate around illegal leases, undisclosed defects, zoning issues or just the well-intentioned efforts of an honest person who doesn’t want to pay a commission, when you leave the rules and regulations of the MLS, you really do venture into the woods.

It’s far less regulated, it can be far less ethical, and it’s a good way for perfectly well-intentioned people to end up assuming unknown risks or being sucked into outright fraud.