The spring market is back.

Over the weekend, I listed two homes that drew a combined 58 showings and 13 offers.  I was, honestly, stunned to see how quickly this market came roaring back to life after things went silent during the 4th quarter of 2018. 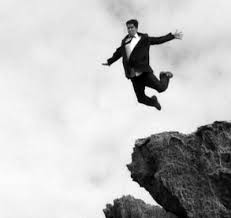 Both contracts ended up beyond list price with other significant concessions.  Having just endured a weekend with 40-plus phone calls, frantic agents and desperate buyers (where were these people a month ago?), I’m still processing my thoughts about what just happened.

And I do have some deeper perspectives about the quality of the buyer pool, the future direction of our market and what went down over this crazy weekend… but I’m going to save them for another time.

Right now, I want to talk about professionalism.

On one of my listings, I had seven offers more than $10,000 over list price… all great offers, at least as far as the numbers are concerned.  But when there is that much competition and that much frenzy, it comes down to details.

Appraisal guarantees, lender phone calls, proof of funds, agent production history… all of that matters.  Because what you’re trying to do, as a listing agent shepherding that many offers, is find the buyer, agent and lender who give you the highest and best odds of closing on time, with minimal brain damage, under the best possible terms.

So yes, an agent with 10 years of experience and 200 deals is going to have a leg up on a newbie who is still trying to figure things out.

After thoroughly evaluating our contracts and letting my sellers make their decision, I made phone calls, left voice mails when necessary and then sent out an email to all of the other agents who had submitted offers.  I let them know how many showings we had, how many offers we received, and what a difficult decision it was.  I let them know (in this case) there were at least five offers that could have been chosen, but in the end, it came down to details.

A short time later, my phone rang.  It was the agent who had submitted what probably was the second-best offer, well over list price with a free rentback and a small appraisal guarantee… but no proof of funds and no lender phone call to back it up.
We easily could have chosen this buyer, and I bet we could have made it to closing and everything would have been just fine.  But in the end, as I said, the goal is to take the most complete, airtight offer on the table.

That wasn’t his, although it was close.

The point is, instead of saying congratulations and taking the high road, this so-called agent chose to berate me.  I could hear him huffing and puffing through the phone about how we never game them a second chance or called to ask them to up their offer before making a decision.

The good news is, his outburst on the phone confirmed for me that we had made the right decision.

In this type of market, who you work with matters, more than you can possibly imagine.

Reputation is the most important asset any agent owns, and I’m proud of where I stand and of how many agents want to work with me based on my track record of proven results.

Buyers often don’t understand this, and then wonder why when they chose to work with discount brokers and freshly licensed second cousins their offers end up in the trash.

Reputation is the secret sauce of real estate.  And when you hire an agent, you are employing their reputation as much as their skillset and availability.

The screaming agent who called and chewed me out this morning blew any chance of being in second position if our first buyer bails out.  He took something that had a 20% chance of happening (moving into first position if our top contract falls) and effectively moved it to zero.

I understand that emotions are raw and it’s hard to work with buyers in a hot market.  Don’t you know I’ve been there myself, more times than I can count?  It’s maddening.

But the game is not over when the first contract is selected.  In fact, the game is not over until the deal closes and the process is complete.  Professionalism and basic intelligence dictate that you keep the door open, take the high road, say the right things and operate from a position of gratitude, even when you lose.

But of course, I’ve been doing this for 25 years.. and maybe back in year two or year three or year four I was more like this guy, angry and embittered and huffing and puffing.  So I’m willing to extend some grace.

If you aren’t Captain Angry and you’re just a hard-working agent who happens to be reading this, I’m hoping you can see the wisdom in understanding how your own behavior plays a role in your ultimate success or failure.

The best advice I can give you is, take the high road, every time.  Because I can’t tell you how many times I’ve been in a similar situation, when three days later, my phone rings and it’s the listing agent.

“The buyer got a little wobbly and the earnest money never showed up,” says the agent whom I treated with humility and respect after initially losing out in multiple offers.