In normal years, the Colorado real estate market often falls into a deep sleep from mid-November through the first week of January.

This, however, is not a normal year!

The number of homes under contract in the Denver MLS increased by 15% during November compared to last year, while listing inventory plummeted 36%.  A total of 2,710 homes went under contract over the past 30 days, compared to 2,342 during the same period last year.  The overall listing inventory in the Denver MLS as of November 30 stands at 8,847 homes, down from 12,634 at the end of November in 2011 (and down from 19,881 in November of 2010). 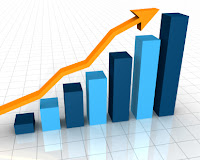 Those are incredible, market-shaking changes.

As I have written about over and over on this blog throughout 2012, the ingredients in our market’s amazing turnaround are as follows:

No more foreclosures.  In 2007, the Denver metro area had more than 27,000 foreclosures.  This year, that number will probably fall right near 7,000, which is completely normal for a metropolitan area this size.  Everyone who was going to lose a home due to subprime financing or Great Recession job loss has already lost it, save for a few stragglers and those whose foreclosures have been delayed for months or years due to the foreclosure moratorium fiasco.

Hardly any new construction.  Three-quarters of the builders in Colorado in 2006 were gone by the end of 2009, wiped out by the recession and the collapse of the commercial lending industry.  We stopped building homes for nearly four years as the population continued to grow by close to 2% (100,000 new residents) per year.

First-time buyers.  With rates in the 3’s and rents rising at an historic pace, first-time buyers are out in droves, prompted by their parents to “buy now” while affordability is so ridiculously high.

A lousy economy.  How does a lousy economy contribute to a surging housing market?  Because many people who have seen their wages drop or whom have lost jobs simply aren’t moving.  Not moving = no inventory.

The return of “first generation” foreclosure buyers.  In 2006 and 2007 alone, over 50,000 metro area households lost homes to foreclosures.  Today, after five years of credit restoration, a good percentage of these former owners are coming back into the market… smarter, wiser, and probably at a lower price point than during the boom.

What it means is that prices are now rising faster (especially in the lower price brackets) than they have at any time in the past eight to 10 years.  Case-Shiller has reported year-over-year price appreciation of 6.7% for the Denver metro area; CoreLogic reported 9.3% price growth; and just this week, Zillow blasted the appreciation conversation into a whole new stratosphere, reporting 10.8% year-over-year price gains for Denver.

Now hold on.  Take a deep breath.  Some of this chatter is out of control.  Zillow’s numbers, for example, are being heavily slanted by repeat sales involving foreclosures that were purchased at steep discounts in 2008 or 2009 and then resold in 2012.  Trashed foreclosures that were selling for $130,000 two years ago are being flipped in the $200s today, but that doesn't mean prices have appreciated 50%.  It means a lot of former junk is being reintroduced to the market in pristine condition, with much of the value gain coming from improvements.

What does it mean for 2013?  If interest rates remain low, and if the fiscal cliff negotiations are resolved in a fairly efficient manner, it likely means that higher prices and lower inventory are here to stay.  Buyers are going to have to be willing to pay more, or get less, because the demand for entry-level homes isn’t going to let up any time soon.

Although it’s frustrating for some, it’s good for many more.  Homeowners in Denver are seeing their equity grow after years of tepid or non-existent appreciation.

Heading into 2013, that’s something to be thankful for.
Posted by Dale Becker, RE/MAX Alliance at 1:08 PM

Closing costs on a real estate transaction can take many forms and can vary widely.  Lender fees, title company closing costs, and transfer fees are just a few of the ingredients that can push up closing costs. At $5,435, New York has the highest average closing costs of any state.

New York is a state where buyers and sellers usually hire attorneys to prepare closing documents and attend closing.  That, obviously, is why New York ranks #1 on the list of most expensive states.

California and Nevada are “escrow states”, where buyers and sellers hire a third party entity called an escrow company to prepare documents, ensure adherence to contract terms and receive and disburse settlement funds.

In Colorado, we are a “title state”, meaning that title companies (which also issue the title insurance policy for the transaction) officiate the closing process, which is highly streamlined compared to other states.

Because closing costs are often prorated to the sales price and/or loan amount, states with higher real estate prices tend to have higher closing costs.

The bottom line is that, even though it may seem like buying or selling a home in Colorado is expensive, we are the third cheapest state in the country for closing costs.

Which means more of your money stays in your pocket.
Posted by Dale Becker, RE/MAX Alliance at 12:14 PM

Inventory down 40% in one year.  Contracts up 10% - 30%, depending on price point.  Case-Shiller reporting that Denver home prices have increased an eye-catching 6.7% over the past 12 months.  Interest rates in the 3's. Multiple offers, bidding wars and cash buyers in abundance. 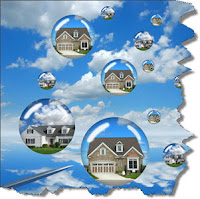 When you look at the totality of the frenzied Denver housing market, it's hard to resist raising a skeptical hand and harkening back to the bubble and crash that effectively sank the US economy just four short years ago.

But conditions today are very different from the conditions we saw during the bubble years of 1998 - 2005.

1) First, and foremost, the world of mortgage finance is 180 degrees removed from where it was during the bubble years.  Back then, subprime lending, no-doc qualifying, option ARMs and negative amortizing loans flooded the market.  By 2006, anyone with decent credit and a ballpoint pen could borrow $1 million or more with a signature.  Today, buyers must qualify under painfully tight guidelines, regardless of down payment size, and virtually every buyer is locking in a fixed rate loan.

2) The rise of Zillow, Trulia and an ocean of freely available Internet-based real estate data.  Remember that Zillow launched in 2005, at the tail end of the housing boom.  Until then, most real estate data was hard to find and sometimes impossible for the public to access, meaning that consumers were making decisions based on emotion rather than hard data. Today, there are no secrets, and buyers have access to an overwhelming amount of information that helps them to make far better judgments about the value of a piece of real estate.

3) In 2005, most of the country didn't know what a foreclosure was, much less a short sale.  People were buying out of pure speculation in anticipation of pocketing huge real estate profits.  Greed was like a disease running through the market, and the upward price spiral was simply unsustainable.  Today's buyers know that losing money is possible in real estate, and they are proceeding much more carefully.

4) In Colorado, 50,000 homeowners lost property to foreclosure in 2006 and 2007 alone.  Today, having done their time, many of these former owners are re-emerging from "credit purgatory" and coming back into the market... older, wiser, and much more cautiously.  They are not buying "over their heads" this time.  And they are making real down payments, which gives them far greater incentive to stick around.

5) For the most part, the foreclosure crisis in Colorado is over.  For seven years, less qualified buyers have been systematically rooted out and replaced with buyers who have real jobs, documentable income, strong credit and actual down payments.  In 2007, over 27,000 Denver metro homeowners lost their homes to foreclosure.  This year, there will be fewer than 8,000 foreclosures in the metro area, a 71% decline from the peak.

In January of 2011, 45% of the listing inventory in the Denver MLS was foreclosures and short sales.  Today, just 8% of active listings are distressed.  We have essentially run out of distressed inventory, or "houses on sale", which means the number one anchor on prices is out of the picture.

We now have massive numbers of first-time buyers competing with thousands of "second generation" buyers (those who lost homes at the onset of the foreclosure crisis) plus we've added nearly 100,000 people per year to the state's population since the economic crash of 2008.

Couple that with the fact that three-quarters of the builders in Colorado in 2006 have either closed shop, declared bankruptcy or left the state... then factor in rapidly rising rents coupled with mortgage rates in the 3's... and the frenzy you see today falls into pretty clear focus.

The only slowdown scenarios I can see in the short term would be a sudden spike in interest rates (which would have a catastrophic impact on the national debt, which is financed, thus crippling the overall US economy) or an extended plunge off the so-called "fiscal cliff", if lawmakers fail to do their job and cannot come to agreement on raising the US debt ceiling in a timely manner before the end of the year.

These are things that could happen, and they deserve to be monitored closely.  And I do believe in cycles.  There will come a day in the future when it's time to consider getting out of an overheated market, just as many (including myself) checked out of an unsustainable bubble last time around.

But if Congress and the President do their job and interest rates remain low, the heat under the Denver area housing market today will only burn hotter as we enter 2013.
Posted by Dale Becker, RE/MAX Alliance at 6:02 AM