THE FALL MARKET AND A WINDOW OF OPPORTUNITY

As I have chronicled before, the fall market of 2016 is behaving almost identically to the fall market of 2015.  This is relevant because the fall market of 2015 - loosely defined as the period from Labor Day to Thanksgiving - presented the absolute best opportunity for buyers to get into Denver's red hot market last year without having to fight through bidding wars, utilize escalator clauses, chop off body parts or engage in other one-sided strategies in an extreme seller's market. 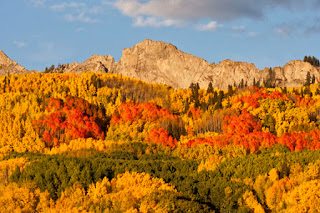 The same thing appears to be happening again this year.  Listings that routinely drew 5 to 10 offers in a weekend during the spring are now drawing a lot less interest... sometimes one or two offers, and sometimes none at all.

I've seen this with my own listings, and I have started advising some of my prospective sellers to sit tight until January unless they absolutely have to sell now.

A year ago at this time, I was concerned about this uptick in inventory and overall calming of the market.

But once January arrived, the buyers came out swinging yet again, leading to one of the most frenzied seller's markets I've seen in 22 years.

Let's look at a couple of numbers to show how this pattern has played out over the past few years, focusing on the ratio of "active listings to homes under contract" and the overall absorption rate.

(As a quick refresher, a "balanced market" has an active to under contract ratio of about two-to-one and an absorption rate of about five months - these are the ratios where prices generally stop appreciating and the market goes flat)


What you can clearly see is that the spring market of 2013 was insane, with tons of buyers and little for sale.  In the fall, while the market stayed very healthy, the ratios showed there was a lot less buyer-side competition.

Same scenario in 2014.  Buyers calmed down and backed away in the fall, only to come roaring back into the market at the start of 2015.

Last year, the same thing happened again.  The active to under contract ratio increased from 0.62 in the spring to 1.04 in the fall, only to slingshot back down to 0.71 in April of 2016.

For historical perspective, in case you were wondering... the last time our market had an active to under contract ratio of more than two-to-one was January of 2012, when the ratio was 2.06.  The last time the absorption rate topped five months was August of 2011.  And if you trace things back, you'll see that window of time was pretty much the exact moment when our market began its dramatic turnaround.

If you are looking to buy something before prices surge again next year, the time to get it done is now.  My clients know that one of my favorite sayings is "the numbers always tell a story", and the story the numbers are telling today is that fall is the right time to buy a home in Colorado.
Posted by Dale Becker, RE/MAX Alliance at 1:12 PM