There's a change that's been taking place in our market over the past few months, and it has a feel as palpable as the crisp morning air or the turning of the fall leaves. 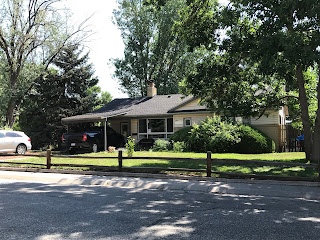 Buyers have checked out, and many sellers (and agents) are chasing a market that no longer exists.

The current inventory of homes for sale in the Denver metro area - about 8,200 - is up more than 60% since April.  And pendings - the number of homes under contract - has fallen by 2% during the same period of time.

That's a real change, much more pronounced than in past years.

Here's how the market has transitioned from April (peak frenzy) to August (peak inventory) over the past three years:

Viewed another way, the inventory of homes always picks up through the summer months and peaks around Labor Day.  New inventory becomes much more scarce after Labor Day and the inventory generally declines through the end of the year before bottoming in December.

But contracts should also increase during the summer months, simply because we've had such strong spring markets the past few years and more listings should result in more sales.

Not happening this year.

Now before you reach for the panic button, some context.

Since April, the overall absorption rate has increased from 0.94 months of inventory to 1.63 months of inventory.  Which simply means at the current pace of sales (still strong), if we did not get any new inventory coming online all existing homes would be absorbed by the market in about seven weeks.


A year ago at this time, the absorption rate was 1.41 months, and last September it jumped up to 1.62 months (very similar to now) before dipping back down as new listings dropped off at the end of the year.


The difference this year is that we've had a lot more inventory coming online, without a corresponding increase in buyers.

What this tells me is that a whole lot of people (mostly investors) who bought homes between 2010 and 2015 have decided to start cashing out... and that's a trend worth watching.

At street level, the market is different right now.  Homes are no longer automatically selling in a weekend with multiple offers, and the number of people visiting open houses has dropped appreciably.

It's my theory that we've simply reached a pain-point, especially for first-time and entry level buyers, who are taking the double hit of record high prices and interest rates pushing 5%.

That, ladies and gentlemen, is a payment 36% higher than just three years ago for the exact same home.

Buyers feel this, whether they've done the exact math or not, and they are starting to pull back.

Unfortunately, most sellers I talk to are still holding onto headlines from April and May, when the market was radically different.

And with the number of real estate licensees having doubled in seven years, the situation isn't helped by the number of newbie agents running around with no idea how to navigate anything but a frenzied, multiple-offer driven market.  Misinformation and, frankly, disinformation is prevalent.  Way too many agents are chasing sales instead of investing in relationships, and that's a short-sighted strategy that leads to extinction.

If you're buying, you need to be extra attuned to seeking value right now.  The market dynamics are still healthy, but you no longer have to chop off body parts or sell your firstborn to get a home under contract.

If you're selling, you now need to decide if your goal is to sell your home or stare at a for sale sign blowing back and forth in the wind for the next three months.

The market is changing.  And to succeed, you must change as well.
Posted by Dale Becker, RE/MAX Alliance at 10:58 AM