With prices in many areas of town increasing 1% per month, appraisals are an issue.

That's because buyers are making offers based on present demand, not past sales.  And present demand (which is overwhelming) dictates higher prices than past sales, which reflect the market conditions that often existed three, six or nine months ago. 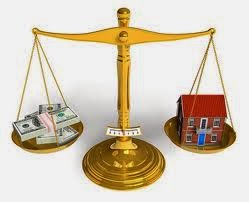 If you are a buyer (or want to become a buyer), you must understand this concept.

The prices being obtained for houses right now (often over list price, and usually with multiple offers) are a reflection of both present demand and perceived future value.

Buyers see other buyers everywhere they look.  At open houses, at work, at the gym, and often while standing in line in the driveway of the latest new listing to hit the market.

Sellers, conversely, are nowhere to be found.

As a result, buyers must compete to win in today's market.  Zillow, while interesting and informative, mostly tells the tale off what homes were worth (or sold for) in the past.  If we're talking about a January sale, that number is as much as 6% below where market values are today in many areas of town.

Fair market value is what a ready, willing and able buyer will pay for a home today, as evidenced by a signed purchase offer with an earnest money deposit.

Appraised value is a conservative look at what the home would be worth based on market conditions from last fall, winter, or early this spring, when "comparable" homes sold in markets that were at least a little less frenzied than today.

Very often, these numbers are not the same, and sometimes they are not even close.

I listed a home recently that drew 12 offers, 11 of which were at or above list price.  As part of the "vetting" process, we asked the top offerors to provide a bank statement showing that they had money for a down payment plus whatever the difference was between the list price and their offer price.

We did this because if the property failed to appraise, we wanted the buyer to know up front that any shortfall between the contracted price and the appraised value would be the buyer's responsibility to cover, not ours.

Time is not on the side of buyers today.  With demand so far outstripping supply (absorption rates up to $400,000 are less than one month), higher prices are a given.  Which means that waiting until the fall will likely add thousands of dollars to the cost of buying a home.

The message:  get educated, suck it up and buy something.

If you don't have the stomach for it, don't get in the ring.

Eventually, this market will cool down.  All markets do.  The question you have to answer is whether it is better to fight, compete and win today (with prices where they are and rates in the low 4's), or sign another lease, wait another year, and take your chances again next year with 2015 prices and 2015 interest rates.

If you are thinking about buying a home today, you must get real about this.  You need to get educated about what's happening, and then make a decision.

Am I prepared to fight for a house today, or do I hope for a softer market (with affordable rates) down the road?

I can't tell you for sure what the future holds - no one can.  Demographics, supply/demand ratios and empirical evidence all say we're a long way from the top.  But you have to decide for yourself.
Posted by Dale Becker, RE/MAX Alliance at 12:37 PM

CREC TO AGENTS: BE PREPARED TO ANSWER FOR YOUR 'COMING SOON' SIGNS

A few weeks back, I mentioned with some level of disgust that amount of gamesmanship and bad behavior that was taking root in our market. 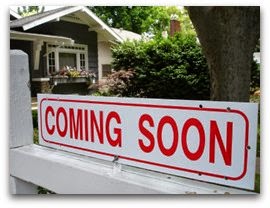 Front and center in this controversy - the dreaded epidemic of "Coming Soon" signs popping all over town on pre-market listings.

On Monday, for the second consecutive week, the Colorado Real Estate Commission (CREC) sent out a warning to agents:  Be prepared to answer for your 'Coming Soon' signs.

Why is this an issue?

As I wrote previously, MLS rules require that properties be listed for sale in the MLS within 48 hours of a seller signing a valid listing agreement.  Agents can withhold listings only with the seller's written consent.

Sometimes, as in the case of a house that's getting "freshened up" prior to hitting the market (think paint, carpet, new appliances, etc.), the Coming Soon sign might be a logical strategy to generate pre-market interest.

But what's happened far more often in 2014 is the bad behavior version of Coming Soon.  Here are two abuses of the Coming Soon sign:

1) Agent lists property for a 6% commission.  Agent tells seller, "if you let me hang a 'Coming Soon' sign on the property and I find the buyer, I will lower my commission to 5.0%" (or 5.5%, or whatever).  Agent never puts property in the MLS, agent finds buyer, agent double ends the deal.

2) The second version of abuse is more insidious, because there is no disclosure at all.  Let's say someone lives in a house for 40 years and then dies.  The home is to be sold as part of an estate.  The kids are scattered over the country, the property is in Denver.

The kids hire an agent who promises to do his or her best to get the home sold.  A listing agreement is signed, but the agent never lists the home in the MLS.  Instead, in our red-hot market, he or she hangs a 'Coming Soon' rider on the sign and suddenly the phone is ringing.

Agent tells heirs he has a buyer, agent double ends the deal and the out-of-state family never even finds out the home was never listed in the MLS.

Is this bad behavior?  Of course it is, and agents who breach their fiduciary responsibility to their sellers should have their licenses suspended or revoked.

The message from the CREC is clear:  "Clean things up, agents, or we'll step in and clean things up for you."
Posted by Dale Becker, RE/MAX Alliance at 7:24 PM

We’ve talked about it before on this site:  Cash is King.  Sellers prefer cash deals because they sidestep appraisal issues, underwriting issues and sometimes inspection issues.  Neat and clean, easy to close.

So what happens when agents, desperate to get buyers under contract in the nation’s most competitive real estate market, lie on the purchase contract and say they have a cash buyer… when, in fact, that buyer is securing a loan?

So far, not much.


But hopefully that’s about to change.

On Monday, the Colorado Real Estate Commission sent out a strongly worded email to all licensed agents in the state, reminding agents that lying about a buyer’s financial qualifications is akin to fraud, and puts both the buyer’s earnest money at stake and could subject the agent to disciplinary action.

In many areas of town (think Highlands, Berkeley, Wash Park, Platt Park, Capitol Hill and related neighborhoods), cash truly is king.  This is because these neighborhoods, while high on charm and character, are low in school performance.

So who moves there?

In large part, it’s empty nesters, 20 years into a career with the kids headed off to college.  These buyers are too young for the old folks home, and too old for the suburbs.  To them, the idea of living in a refurbished Victorian, Tudor or Denver Square with high walkability close to downtown is a dream come true, and because they are 20 years into a career (think doctors, lawyers and business owners) and their first homes have been paid for, at closing they plan to write a check, not sign a mortgage.

So if you have a financed buyer in this part of town, you’re pretty much out of luck, most of the time.

How then, do you compete?  For many agents, the answer has been to lie.

Now if I’m the listing agent, of course I am going to ask for proof of funds with any cash offer.  But you can never presume competence (especially in real estate), so apparently a whole bunch of these listing agents are just saying “yes” without doing proper diligence.

At that point, the buyer does his inspection, orders his appraisal, and then, about a week before closing, the buyer’s agent will casually let the seller’s agent know “Oh, by the way, my buyer has decided to finance.  But it won’t affect anything.  We’ll see you next Tuesday at the closing table.”

It’s these types of scenarios that have been called to the Real Estate Commission’s attention, and it’s obviously happening a lot if the Commission has decided to email every licensee in the state.

The fact is a financed offer has about five times the likelihood of falling apart in a hot market than a cash offer, because appraisal issues are everywhere, buyers are having to “reach” to qualify in a rapidly appreciating market and underwriting guidelines remain still extremely tight by historical standards.

So when a seller says “yes” to a cash offer, that decision is often made because it promises to be an easy, stress-free transaction.  But if it’s really a financed offer, then all of that security is a fraudulent illusion.

In 19 years, I have never seen a market like this.  Ever.

I wrote my 32nd and 33rd failed offers of the year earlier this week, both over list price, both for properties that had been on the market less than 24 hours.

Both of my offers were financed.

I wonder if we lost to a “cash” buyer who really wasn’t.

When markets get hot, buyers (and agents) get desperate.  Lying is never okay, and if agents are found to be doing it, I hope the CREC doesn’t fool around in revoking some licenses and making some examples of people.

Thanks to the fraudsters among us, the reputation of the industry is once again at stake.
Posted by Dale Becker, RE/MAX Alliance at 7:40 AM