Having spent much of this past weekend showing homes to first-time buyers in Aurora,  I am marveling at how fast list prices seem to be rising in many of the hottest entry-level neighborhoods.

In fact, I saw several homes on Saturday that were listed at prices $25,000 to $40,000 over what homes in these neighborhoods were selling for just two to three years ago.  We’re not talking about high end homes here…we’re talking about $130,000 homes three years ago that are being offered at $165,000 today. 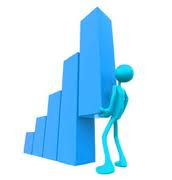 The shift is so startling, I have a term for it – price aggression.

Price appreciation happens when prices are lifted by improved market conditions and values increase in an orderly, logical way.

Price aggression – my new term - happens when sellers and agents list homes at numbers that are so high that 75% of buyers will turn and walk away… leaving this inventory to those who either don’t understand historical values or who have agents willing to let them write seriously inflated offers.

If you have followed the posts in this blog for any period of time, you know that we live in a very segmented housing market.  The reality below $250,000 - 2 months of inventory and more homes under contract than on the market - is radically different than the $1 million market, where there is 19 months of inventory (pathetic) and about 7.5 homes on the market for each one that has a contract.

Price aggression, for now, exists in the lower rungs of the market only... but that's where the majority of buyers today are looking.  And when you consider that a decent percentage of the 50,000 households that were foreclosed on in the Denver metro area in 2006 and 2007 alone are now coming back into the market, demand won't be easing up in this price bracket any time soon.

It will be interesting to see how appraisers handle neighborhoods where prices appear to be going up 1% a month or more.

For the record, I don’t like price aggression, and I don’t like the fact that half of the buyers in the market today are never going to buy a house, either because they don't understand the market or they simply are addicted to past market conditions that no longer exist.  To be successful in today’s market as a buyer, you most definitely must understand that prices are rising, but you need to be disciplined enough to wait for the right deal.

That means fewer transactions for good agents, at least on the buyer side, which means that many of the better agents are going to stop working with buyers because there are simply too many fish in the pond right now.

Right now, price aggression seems mostly limited to homes under $200k, where the most severe supply-demand imbalance exists.  It will be interesting to see buyers react to these suddenly higher prices over the next few months.
Posted by Dale Becker, RE/MAX Alliance at 8:47 AM

A HISTORY LESSON FOR TODAY’S BUYERS

There is a lot of angst in our market right now.  Call them "birthing pains".  They are the birthing pains of higher prices.  And many buyers are feeling them.

We’ve had 1,900 homes come on to our inventory-starved market since the first of January.  We had 1,500 homes (nothing) listed in all of December.  Buyers have been lined up for months, waiting for something worth buying to come along.

In 2007, seller’s clutched their overvalued appraisals from 2005 and lamented as to why penny-pinching buyers were being so unreasonable.

But in 2013, it’s buyers who are racing to Zillow, finding archived sales information from two years ago and lamenting why suddenly greedy sellers are being so unreasonable.

And so you have come full circle.

Zillow history from two years ago is just as irrelevant to buyers today as overpriced appraisals from 2005 were to sellers in 2007.

Just as sellers in 2007 waved their appraisals and cursed the buyers, today the buyers are waving their iPhones (open to the Zillow app) and cursing sellers.

It’s called tension, and it happens when things change.

I talked with my home inspector yesterday, and he’s feeling it too.  He says more and more, he’s seeing the same buyers turn up at inspection after inspection.  They theorize that they have the power, just as they did in 2007, 2008, 2009, 2010 and most of 2011.  They theorize that if they offer a higher price, they can get it all back by beating down the seller during inspections.

Many sellers are folding their arms, backup offers in hand, and saying “Fine, walk away.”

Over half of the listings taken in the Denver MLS in 2007 never sold.  And I’m starting to feel that about half of the buyers in the market today are never going to buy a house.

It’s because the rules have changed, and if you are clinging to data that’s not relevant in today’s market, it means you’re not likely to be successful.
Posted by Dale Becker, RE/MAX Alliance at 6:12 AM