SO YOU WANT TO BUY A CONDO

The roadkill market is back, and it's scarier than ever.

If you have followed my writings for any period of time, you know that there is seasonality to the Denver market.  Sellers rule from January until about the 4th of July, the market balances from mid-summer until Labor Day, and from September through the end of the year buyers actually have a fighting chance to buy something without having to outbid scores of competitors or waiving appraisal clauses.

Well, it's February, and we all know what that means. 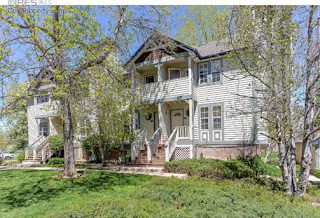 Buyers everywhere, nothing for sale.

I know we've had a strong, appreciating market that has been rolling since the end of 2012.  I know prices are up, on average, 45% overall in the metro area.  And I know that some of the more affordable areas of town have seen prices increase anywhere from 65% to 100% since the market bottomed in 2011.

None of it matters.

What I do is look at the numbers and I let them be my guide.  Being a student allows me to know the vital signs of the market.  I study inventory numbers, the ratio of active listings to under contract properties, absorption rates and historical norms.  I keep the data on laminated cardstock spreadsheets in a book that is six inches thick which sits in my office.  I study it like a doctor looks at x-rays.

Here's what I know.

So let's do a little digging into the metro area attached-home market.

As we all know, we don't have many condos for sale because since 2005, Colorado has had one of the most notorious construction defects laws of any state in the country.  Build a condo complex with leaky windows, cracking drywall or drainage issues... and you can be sued with uncapped liability based on a simple majority vote of the HOA board members.  In some cases, that means as few as two homeowners in a 100-unit complex can trigger a lawsuit against the builder.

Builders have responded by... no longer building condos.

Today, literally 95% of the new construction product being built in Colorado comes in the form of single family detached residences.  The profit margins are better, the demand is there, and you're much less likely to get sued.

With the exception of about three luxury high rises downtown, everything you see going up in the city today is an apartment building.  And that will continue to be the case until the legislature finally does something to counteract this litigators' wet dream.

So we have an artificially limited and highly constrained inventory of condos and townhomes for sale.  Which means demand for them is intense.

Let's look at a few snapshots inside the market.

In Littleton, below $275k, there are currently 64 townhomes or condos on the market.  59 of those are under contract.

In Lakewood, there are 81 townhomes or condos on the market below $275k.  74 of those are under contract.

Let's try Arvada.  Here, there are 33 townhomes or condos on the market below $275k.  32 are under contract.  (I can't imagine how bad that one unclaimed unit must be!)

Based on the 2-to-1 ratio of a flat market (which has been repeatedly substantiated by two decades of experience), prices would stop appreciating when the percentage of homes under contract falls below 33%.  Those current percentages, once again, are 92%... 91%... and 97%.

So let's go a little further east.  Surely there has to be a more affordable market than Littleton, Lakewood or Arvada.  Those are popular westside locations.

Okay, let's try Aurora.  No one can dispute that Aurora is known for being an entry-level market with a far higher percentage of townhomes and condos than other cities in the metro area.

So your chances of finding something below $275k are probably a little bit better in Aurora, but it's all relative.  When more than 80% of the inventory is under contract, prices are going up... and they are going up a lot.

If you are looking to buy a townhome or condo under $275k and you see these numbers, you have two choices.

Step up, be emboldened by the fact you know values are going up significantly again this year, and fight.

Or delete your Zillow app, sign another lease and wonder why you aren't making any financial progress in life when your homeowner friends are piling up significant equity gains every month.

I can't tell you what to do.  You have to decide for yourself.  I've advised those with limited resources or queasy stomachs to sit tight until the fall, because eventually this red hot spring market will begin to flicker and you'll have less competition simply through attrition and the seasonal patterns of our market.

But you'll pay more in the fall.  And it's going to be hard to sit on the sidelines when everyone else is diving in.

For months I have thought that higher rates would slow things down.  That people would be less willing to pay 2017 prices plus see payments pushed even higher by rising mortgage rates.

So far, it's not stopping anyone.

If you are thinking about buying a townhome or condo under $275k, you need to detach from your preconceived notions of what things are worth.  When demand overwhelms supply (again), prices go up (some more).  Which means paying $255k or $260k to get something now when the comps say it's worth $250k is a defensible move.

Of course we'll continue watching the numbers.  One of these days, the pattern will start to crack.  Or it won't.

Maybe rates will go up, people will stop moving here or Trump will launch a nuke.

Or maybe this market will just keep rolling along at 10% per year, driven by a sizzling job market, a great quality of life and the continued exodus/arrival of educated young people and overtaxed Californians.

Those who trust the numbers are going to write strong, aggressive offers that are designed to knock out the competition.  Those who do that will still have time to win in a market that's going to heights it's never seen before.
Posted by Dale Becker, RE/MAX Alliance at 3:45 PM

THE BUYERS ARE BACK, BUT SELLERS ARE NOWHERE TO BE FOUND

January was an interesting month in the Denver real estate market.  No listings, lots of political distractions and a sense of uncertainty about how higher interest rates and rapidly shifting government policies might impact the market.

The story is still unfolding, but here’s my take.

Active inventory in the metro area as of yesterday dipped below 5,000 homes for the first time in two years.  We started the year with 5,111 homes for sale and closed the month with 4,992. January and February of 2015 were the only two months in the history of the Denver MLS - which dates back to 1985 - when we had fewer than 5,000 active listings on the market. 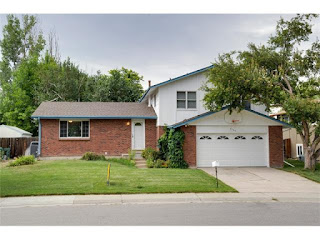 The bidding wars are back.

In both 2015 and 2016, the market went from frenzied in the spring to strong during the summer to just okay during the fall.  At no time has this market ever gotten close to being “soft” (the longest I have carried any of my listings in four years is 23 days), but the best window of opportunity for buyers to purchase without having to outbid the mob has been August through January.

Right around Labor Day, I actually went back to several buyer clients who had given up during the spring and encouraged them to re-engage during the fall.  Some did – and bought homes.  Some didn’t – and now they are talking about getting back into the market right as the crazy wheel starts spinning again.  Sigh.

Higher interest rates are a big deal to me, but apparently many buyers are not as concerned as I am.

Maybe that’s because they believe (with justification) rates are heading even higher as more regulations are rolled back and Trump tries to drive the stock market to 25k.  If that’s the thought process, then yes, it makes sense to get after it now.

My take on it has been that even if demand remains constant with the past few years (and demand has been through the roof), higher rates are going to end up impacting the rates of appreciation we have seen in recent years.

The logic here is that higher rates have the potential to significantly cut into the consistent price gains we have seen as demand has swamped supply.

Therefore, I think you need to be more cautious in your assumptions about where this market is headed.  I think 5% appreciation (on average) is a reasonable baseline for 2017.  I think a whole bunch of other people (and backslapping real estate agents) are still pounding the drum for 10%, and that’s just not going to happen.

The problem, though, is this market is still being driven by a lot of greed and a lot of emotion.

Quite frankly, you shouldn’t be doing the same things you were doing (or advising) last year because the market is different now.  Higher rates mean less appreciation.

But it does mean you need to be more careful about overpaying for homes, and you need to willing to detach emotionally if you want a square deal.

Four weeks into the new year and I already have clients who are getting impatient with the lack of inventory and level of demand.

Yes, this market is frustrating as heck if you’re a buyer… but please don’t forget that patience isn’t a crime.

In the long run, logic always beats emotion.  Be educated, be prepared, be cautious... but when something good shows up, be ready to swing like you mean it.
Posted by Dale Becker, RE/MAX Alliance at 9:16 AM