WHAT IT'S WORTH VS WHAT SOMEONE WILL PAY

There's a new reality in the Denver real estate market, and if you're looking to buy, you must come to terms with it. 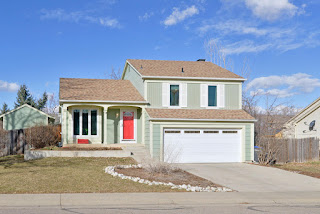 I recently listed a home in Lafayette that my client purchased as a short sale in 2012 for $196,000.  Fast forward 48 months, and my carefully crafted CMA came back with an adjusted approximate market value of $322,150 - a 65% jump in value in four short years.

Knowing this crazy market, however, I knew that that number was likely only a starting point.

After weighing the pros and cons of a bidding war, my clients decided their interests would best be served by inducing one.  So we listed it at $325,000.

The first offer showed up before showings even began - $335k, cash, closing in 21 days.  The buyer gave us four hours to respond.  I advised my clients to pass.

It was our intention to be on the market four days, reviewing offers on day five, and I didn't want to shortchange the process.

And sure enough, the offers came.  Nine of them, in total.

At this point, the conversation shifted to the appraisal.  We knew it was highly unlikely to appraise at these numbers, so the question became...what happens if (when) it doesn't appraise?  I picked up the phone and began posing this question to agents.

I could go on, but you get the picture.  Ultimately, we ended up with a top offer of $365,500 (not a misprint), waiving the appraisal clause, as-is, with a 60-day rentback to my sellers.

I am not making this up.

Of course, the home ended up appraising short of the mark, and the buyers were forced to significantly increase their down payment.  They grumbled.  They didn't like it.  But they also realized that with values in this neighborhood increasing by $100 or more per day, starting over wasn't automatically going to make their situation better.

Fast forward a few weeks, and another home in the same subdivision with similar square footage was listed...at $379,900.  They were piggybacking off of our over-the-moon price, and they knew that several of the buyers who had swung and missed at ours would likely show right back up for this one.

One of my clients asked me about this home and we viewed it together.  I told her the backstory with my listing and what a CMA would reasonably support.  The home was perfect for her and she wanted to write on it.

A reasonable offer would have been the middle ground between what ours appraised for what this one was listed at.  But I know that “reasonable” doesn’t work in this market, so we pushed the numbers up a bit higher.

We sent it to the seller’s agent, who promptly tossed it in the recycle bin.

That home went under contract with multiple offers, likely at or above list price.  It has no chance of appraising.  Apparently the buyers don’t care.

Now all of this happened in Boulder County.  Boulder is nuts.  Home prices have soared so far in the city of Boulder that nearby suburbs like Longmont and Louisville and Lafayette are literally on fire.  Maybe these buyers are smart, even paying unsupportable numbers.

Because a year from now, history may judge them wise.

But it's difficult to process all this.  If you're logic-based, your hard drive is about to crash.  In the Denver metro market of 2016, two plus two equals six.  Or seven.  In Lafayette, it might equal eight.

Will this change at some point?  Of course.  It has to.  The question is, do things flatten out in four months, or in four years?

As I've written about before, the history of the Denver market is like a staircase, not a rainbow.  By that I mean, if you go back 30 years, the history of our market is price surges followed by pauses, not crashes.  Even the wipeout of 2007 - 2009 looks tame when you view it in the long term.

If you're from Denver, however, you're probably feeling a mix of fear, confusion and maybe even sadness.  It's never looked like this before.  Many of the middle class neighborhoods you grew up with and spent time in are no longer affordable.  Moving up is out of the question.  Holding on is the new moving up.

It's great to have equity, but mobility is nice too.

Large numbers of buyers from two, three and four years ago could not afford the homes they are living in today.  Which means they aren't going to be selling any time soon.  Which means inventory stays low.

Low inventory supports higher prices, and so the cycle continues.  Until people finally decide it's time to go somewhere else.

Posted by Dale Becker, RE/MAX Alliance at 7:01 AM