WHAT ABOUT THE NEXT GENERATION?

Many years ago in Southern California, I had an interesting conversation with an agent colleague of mine who revealed he had systematically acquired five different single family homes as rental properties over the span of about six years.

“Impressive”, I said, “you’ve got yourself set up for an early retirement.”

“No,” he replied, “it’s not that.  I’ve got five kids under 14, and if we didn’t buy these now, by the time they’re old enough to need homes of their own there will be no hope for them here.” 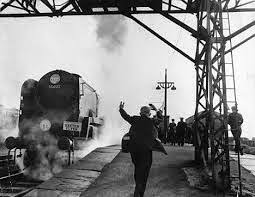 That was an eye-opening conversation, and it has resonated with me for a long time.  It was one of the reasons we purchased rental properties in Fort Collins immediately after moving to Colorado almost a decade ago, but now I’m getting really worried about whether my kids will ever be able to afford a home of their own as Denver’s housing market continues spiraling to new heights.

Earlier this week, I wrote an offer on a $169,000 listing in Lakewood for an investor-client who has already purchased two rentals in the past few years.  We offered $13,500 over list price, as is, with some other candy thrown in to try and sweeten the offer.

Turns out we were one of 35 offers submitted on this property, and of course our paltry little $13,500 premium over list price failed to make the cut.  I asked the agent if we were in the top 10 offers, and she said she really didn’t know.  They looked at the cash offers first, picked their winner, and tossed everyone else aside.

I have been keeping my own monthly inventory statistics from Denver MLS data dating back to 2007, and I kept similar numbers from Southern California MLS data for nearly a decade before that.  The 0.49 months of inventory is the lowest absorption rate I have ever seen at any price level in any market in my entire life.  And that absorption rate stands at 0.49 months despite the fact that most homes in this price range have already gone up 25% to 50% in value (sometimes more) in just the past three years.

When you have this kind of total imbalance between buyers and sellers, prices can only go up.  There is widespread panic among many first-time buyers, who (thanks to new technology) now see new listings show up on their mobile apps Wednesday, only to be under contract on Thursday.

I do not know how long this can continue, but the panic among buyers below $250,000 is at a fevered pitch.  When does it end?  How much must prices rise before buyer demand cools off?

Now one thing to understand fully is that we still live in a tiered market.

So now I am thinking about my kids again.  In 10 years, will Denver be totally out of the question for them?  Or will they live in a tiny little micro-apartment downtown?  Or perhaps a small condo along the light rail line?

Will Denver be full of real estate “equity millionaires”, like San Francisco or Santa Barbara?  Or will all this settle down at some point?

For all the good vibes around Denver real estate these days, I don’t like what’s happening.  I believe this boom is real, and it has legs.  But I don’t like what it means for the next generation of kids who have grown up here, who may need to leave for Omaha or Oklahoma City to find something resembling the life they will leave behind in Denver.
Posted by Dale Becker, RE/MAX Alliance at 1:23 PM 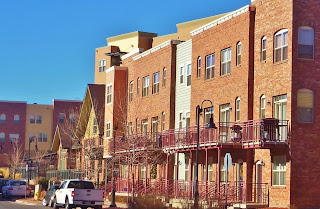 In a market where prices have risen 20 to 30 percent in just the past three years, affordable housing remains a critical issue.  And Colorado's controversial "construction defects law", which essentially creates uncapped liability for developers of multi-family residential housing, remains one of the biggest challenges to creating much needed entry-level housing inventory.

"The trial lawyers in this state have essentially killed multi-family construction," said Rosier, who is hopeful that a newly-elected group of legislators will enact reform during the 2015 legislative session.  As a result, virtually all of the high rise construction going on in Denver these days is apartments, not condos.

Lakewood mayor Bob Murphy spoke of his city's recent well-publicized efforts to mitigate the impact of the construction defects law at the city level.  "We haven't built a condo in Lakewood in six years," he said.  "That has got to change."

Lakewood's measure, which passed the city council on a controversial 7-4 vote last month, gives developers and builders the right to repair defects before facing litigation and would require condominium association boards to get consent from a majority of homeowners - rather than just the majority of the board - before filing suit.

Until a more sensible statewide law is passed, Murphy said, the affordable housing shortage in the Denver metro area will only intensify.

"We've got to find a way to create new housing options for seniors to free up single family homes in many of our older neighborhoods," she said.  "If seniors can't move out, younger people can't move in."

Because of the soaring costs of land, labor and construction, urban density is here to stay.  Going forward, she said, more developments will be based on sustainability, efficiency and access to FasTracks, which will transport thousands of people each day to and from Union Station.

Arvada Mayor Marc Williams talked about much of the new development and redevelopment going on in his rapidly-growing city of 110,000 residents.  Massive new single-family construction projects in Leyden Rock, Candelas and Whisper Creek are putting huge pressure on the city's infrastraucture and transportation corridors, while redevelopment of the Arvada Triangle (now known as the Ralston Creek area) will include dense urban infill projects including apartments, condos and mixed-use neighborhoods.

"One thing we're going to see going forward," Williams said, "is with thousands of convention visitors coming to Denver each year, more and more of them are going to get out of the city, hop on the Gold Line and make day trips to places like Olde Town Arvada."

Another topic of much discussion is the county's overall graying population.

"We have the largest number of residents 60 and older of any county in Colorado," said Rosier.  "And that number is going to double in the next six years."

Senior housing options are a front-burner item for almost every city in Jefferson County, because the homes seniors are in today could be freed up for younger families (with larger incomes and more spending power) if seniors simply had better options on the other side.

Each of the mayors talked about up and coming areas of their cities.

Nearly 75 acres of land in Denver's Federal Center will soon be redeveloped to accommodate between 700 and 1300 new homes.  Ryland Homes has significant plans for the Green Gables area, including patio homes, apartments and mixed use neighborhoods with residential units over retail spaces, similar to those found in Belmar.