It seems people are always intrigued by housing market predictions.  And it’s understandable, because we all want to know how the market is going to perform and whether we should buy, sell, invest or rent. 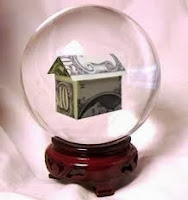 2014 is going to be an interesting year, in large part because it will follow on the heels of one of the most remarkable years for real estate in recent memory.

Assuming there are no major economic or political disturbances (war, terrorism, global banking failures, etc.), I think the first thing you have to do is dial back your assumptions and realize that the re-calibration of our market in 2013 was caused by a few unique one-time circumstances… specifically, that after seven years of massive foreclosures we finally ran out of homes to foreclose on… at exactly the moment some 83,000 households in the seven county Denver metro area that lost homes to foreclosure between 2005 - 2008 began hitting eligibility to get back into the market.

Those factors, coupled with interest rates that were in the 3’s for much of the year, unleahsed a surge in values and appreciation that was extra obvious below $250,000, and which created enough equity for current owners of those entry-level homes to sell and use their equity gains to move up.

How much did values go up?  According to Case-Shiller, average home prices in the Denver metro area were up 10.1% over the past 12 months.  Core Logic puts the number at 10.2%, and Zillow says prices have increased an amazing 11.8% over the past year.

What does that mean in real numbers?  Over $21 billion in equity gains for homeowners in the metro area over the past 12 months!

So what about 2014?  What does the future hold for real estate in Denver?

Again, predictions are usually exercises in folly, because there are just too many variables, but here’s what I am calling:

Again, in my view, there were a number of “one-time factors” that caused our market to explode and essentially “recalibrate” to significantly higher values, especially at the lower price points.

The incredible inventory plunge coupled with the surge caused by “boomerang buyers” (foreclosure 1.0 buyers coming back into the market) really set the stage for the frenzied conditions we saw much of the year.

Going forward, buyers are going to be more cautious as rates and payments continue to creep higher, and builders are going to play a larger role in actually holding value gains in check by building far more homes in 2014 than they did in 2013.

To me, the magic number is somewhere around $325k, but that’s the price point where builders can start selling homes at a profit.  Below this number, you simply aren’t going to see any new inventory, and demand here will remain extremely strong.

Above $325k, however, new inventory will be a drag on the market because builders are once again drinking the Kool Aid and building like there’s no tomorrow.  If and when rates rise, the builders will be the first ones to feel it, and the higher end inventory that’s hitting the market by the day will be the hardest to sell if times get tougher.

Below $325,000, it’s hard to see many scenarios where values don’t hold.  You continue to have large numbers of both first-time buyers and boomerang buyers competing for finite inventory.  Rents continue to go up and there’s still value in the market when demand outstrips supply.

In my opinion, 2013 was a “once in a generation” market where unique events caused home prices to recalibrate quickly.  But the fact remains that higher rates, higher prices and higher payments are going to slow the surge in 2014, with the lower end of the market being the safest possible place and the higher end much more vulnerable to the instabilities of a still-recovering economy.
Posted by Dale Becker, RE/MAX Alliance at 6:38 AM