THE HARD TRUTH ABOUT ZILLOW REVIEWS

Over the past eight-plus years, when the platform was first invented, I’ve made a lot of money off Zillow Reviews. Hard-earned money.

In the summer of 2010, I was among the first to learn that Zillow was planning to set up a platform for clients to post reviews about agents.  Up until this point, the real estate industry had a love-hate relationship with transparency.  In fact, there’s another post out there somewhere about all the blown opportunities Realtor.com had to assume the market leadership position Zillow has today simply by being transparent with data and taking down all the paywalls and registrations it used to take to get the most basic real estate questions answered online when it was the only game in town. 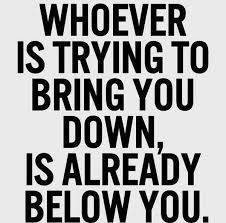 I’ve always said transparency is your best friend, or your worst enemy, depending on how you roll.

And so from the word “go”, I jumped in and decided Zillow Reviews would be my friend.  I quickly reached out to past clients and rapidly built a profile… first 20 reviews, then 30, then 40, then 60, then 80.  By 2014, I had the third most “five star” reviews of any agent in Colorado.

Today, potentially against my better judgment, I want to talk about the two that are not five star reviews.  And all the damage those two negative reviews have done, not only to my precious “reputation”, but also to my psyche.

I’ll let you in a secret.

This job is not easy.  It comes at a price.  Ask my family about the countless missed dinners, late arrivals to my kids' events and more than occasional no-shows at family functions.

Selling real estate in and of itself, per se, isn’t all that hard.

It’s selling 30 – 35 homes a year, being in the top 1% of agents in Colorado, being the number one producing agent in your office, and doing it all ethically and with your client’s best interests 100% at heart… that’s hard.

When I started collecting reviews on Zillow eight years ago, I was actually kind of naïve about it.

Because every now and then you start down the path with someone and realize that it's not a good match.  Whether it's differing ethics, differing word views, or differing beliefs about what makes a "good" real estate transaction... I've always preached that if it doesn't feel right, you shouldn't be doing it.

But every now and then, you find yourself dancing with someone when your instincts are telling you to run away.

Sometimes I will gently suggest those people partner with another agent.  Sometimes I ride it out to the bitter end, where either things get better or things get worse.

But it’s a complete fantasy to think you can sell 300+ homes in a 12-year period and not have an occasional flameout.

The truth is, when I began collecting reviews, my intention was not to attract strangers.  Far from it.  It was simply to create a single site where reviews, sales history and production could be aggregated… because as we declared earlier, transparency is your best friend or your worst enemy, depending on how you roll.

My naïve intent in 2010 was to collect reviews, add a QR code to my business card and marketing materials (a trendy idea at the time) and let people read for themselves how I sold more homes than 99% of the agents in Colorado, worked with people I loved and delivered results at an elite level.

What happened, in addition to that, is a whole bunch of strangers I had no connection to started finding me online based on those exceptional reviews, and that’s where the water got murky.

Truth is, over the past eight years I have closed deals for about 40 clients who found me off of my Zillow reviews.  Conservatively, I’ve probably had 200 or more contact me.

Eighty percent of the time, my response is the same:  “I’m sorry, my business model is to work only in my network with people I’m already connected to.  I'm honored that you reached out, but I need to stay focused on those with whom I've already built strong relationships. Best of luck to you.”

But sometimes… whether it’s a slow week or a large home or a compelling narrative or a gut feeling that I ought to say "yes" to this one… I’ve taken the bait.

And when you stray from your core values, results may vary.

Of my 40 or so closed Zillow clients, I would say at least 25 - 30 had great working relationships with me.  Clients for life.  Raving fans.  All that good stuff that happens when you truly put your clients' needs and desires ahead of your own, work seven days a week, solve problems at a high level and know the market like nobody else.

I’ve had another five to 10 I tolerated.  Didn’t dig their vibe, didn’t like their humor, didn’t appreciate their zero sum worldview.  But we got to the finish line and they were happy, as far as I know.

And then there are a handful of strangers I have truly regretted working with.

It’s hard, when you start from scratch with people and go through a process as emotionally demanding as buying or selling a home in this crazy Denver market.

And the clients sometimes have troubles too.

But, seriously speaking, if you think it’s possible to have a 100% approval rating at scale over eight years in any field, you’re delusional.

And so tonight, I’m waiting for bad review number three.

I fired clients today who found me on Zillow a few weeks ago.  It doesn’t matter what the details are… we just aren’t a good match.  This couple has had bad real estate experiences in other markets and arrived into the Denver market with scars from previous wrecks.

Their view of “winning” is different than mine.  They think winning is sticking it to the other side, testing the boundaries of the contract contingencies and perpetually negotiating until the ink is dry at closing.

They’re not interested in what anyone thinks of them after closing, as long as they got the best of the deal.

And that’s fine.  For them.

I’ve dealt with plenty of seek and destroy personalities in real estate.  You can’t imagine the drama that actually goes on behind the scenes when people operate from scarcity using a roadmap of threats, demands and ultimatums.

We all have biases and we all create narratives.  While all biases and narratives have shades of gray, sometimes you swerve into people who are approaching things from an entirely different playbook.

You need to cut bait with those people.

Problem is, these people can also post reviews.  And then they are hung around your neck like a millstone, and it sucks.

As we move deeper in to 2019, I’m transitioning away from Zillow Reviews as a branding tool.  Being addicted to the approval of others is an unhealthy trap,  If the opinions of others becomes your oxygen, the words of a hater are like toxic gas.

I’ve been trending away from aggregating reviews for the last year or so, just as I’ve trended away from social media and other bastions of fakeness in our culture today.

So I’m going to continue doubling down on relationships, going deeper instead of wider.  And I’m sure it’s going to work out just fine.

We live in a world where we are far too obsessed about what others think, often at the expense of what we should think about ourselves.

I’m reconnecting with what I should think, and I think I’m done giving so much power and authority to people who mean me harm.
Posted by Dale Becker, RE/MAX Alliance at 6:44 PM