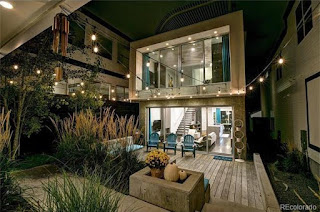 This year, by the end of May, I will have closed seven transactions above $500k.

These numbers may reflect the state of our current market, but they also represent a changing of the guard in Denver.  We've moved from an affordable mid-sized city that welcomed young, motivated workers from the middle third of the country to a playground for well-off Texans, a refuge for overtaxed Californians and a growing demographic powerhouse in the eyes of small, medium and large-sized employers who can't seem to get here fast enough.

In fact, according to the latest US Census numbers, almost two-thirds of our total migration now can be sourced to Texas and California.  And while President Trump may want to build a wall separating the US from Mexico, there is a rapidly-forming economic wall going up between Denver and its less affluent neighbors to the east.

Denver is changing, and if you last lived here 10 years ago you would be stunned at how radically different the landscape is today.  Architecturally, economically and politically.

The rules of real estate have changed, too.  It's not just a stronger market and a desire to sell higher-end homes that have changed the dynamics of my business.  It was a conscious decision to position myself in front of where the market was headed.

Five years ago, the Denver market was literally dripping with opportunity for first-time buyers.  The last remnants of cancer caused by years of toxic lending was finally being purged out of the market, with home prices dragged down to levels well below replacement cost due to foreclosures and short sales.

Interest rates were in the 3's, mortgage payments were cheaper than rent, and you could buy a home for $300k that would cost $375k to rebuild if it burned down the next day.

Value was obvious, yet many buyers remained reluctant.  So I focused on the most coachable, motivated and open-minded buyers I could find.  First-time buyers.

In fact, during this era I regularly hosted first-time buyer seminars on Thursday evenings at the local library.  On Saturdays and Sundays, I held open houses on listings that weren't mine just to invite people to these workshops, hoping I could educate and coach them up into buying a first home.

And with most sellers having little or no equity, there was no move-up market.  So trying to sell a $400,000 home and buy a $600,000 replacement home on the other side was pretty much a waste of time, energy and marketing dollars (although that was about to change).

As an agent, you fished the shallow end of the pond because that's where the fish were.

And as a result, I closed a mind-numbing 41 deals in 2013, driven almost entirely by the obvious value found at the entry level.

As the market evolved and began to rally strongly in 2014, the focus moved from first-time buyers to sellers who were starting to recover equity and had a real opportunity to move up.  I changed my approach and started engaging in serious conversations with past clients about the value of selling (or keeping) their first home and buying something larger.

The inventory of homes for sale continued to plummet, falling from more than 23,000 in 2011 to less than 7,000 by the middle of 2014.  A huge shift was taking place, yet many were still missing it, or poisoned by skepticism born out of the Great Recession.

The point is, as a successful agent you have to read the pulse of the market and then make adjustments.  As Wayne Gretzy once famously said, "you skate to where the puck is going... not where it has been."

By 2017, our market had arrived in a completely different space, dominated by big dollar transplants and established owners with huge amounts of equity.  According to RE Colorado, from 58,000 closed sales in the Denver MLS last year, the average down payment was more than $66,000.

Skating to the puck now means you have to get in front of people with resources and equity, or you will find yourself chasing after a market that no longer exists.  The playbook from 2013 is as useless today as that old VCR sitting in your basement.

Skate to where the puck is going.

My first 11 years in the business, I lived and worked in Southern California, where homes prices nearly tripled while the agent population increased by 150% (sound familar, Denverites?).  I watched countless new agents burst through the front door with optimism and bravado, only to see them slink out the back door a few months later, license in hand, defeated and broken. 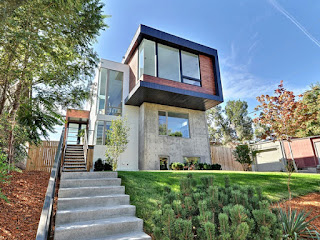 The only variable that ensures survival is work ethic, fueled by reputation and integrity.  In the era of HGTV, too many people think real estate is a game.  That selling houses is "fun".  That "Fixer Upper" is real life.  Way more people want to talk about Chip and Joanna Gaines than Ray Dalio or Warren Buffet.


Do this and you will survive.

Here is what that distribution of business looked like:

The point is, if you are doing the same things today that you were doing five years ago, chances are you're either already out of business or inches away from that dreaded back door departure.

And while I want to help first-time buyers (and I mean that with every fiber within me), all too often this market chews them up and spits them out.  Along with their agents.

Although empirical evidence counsels against it, I'm still occasionally taking on first-time buyers and playing the stop, drop and run game... chasing after new listings as soon as they hit the market and writing offers that are regularly flattened like a mouse in front of a Mack truck by high net worth out-of-staters, equity rich current owners or buyers being financed by The Bank of Mom and Dad.

All you can do is Just Keep Swinging.

But the much larger share of my business these days is tied to the financially stronger buyers who run this market.  I watched this progression in Orange County two decades ago, and I am watching history repeat itself again today.  We're a high cost market, fueled by jobs and demography, and you can wish all you want for the old days, but they're not coming back.
Posted by Dale Becker, RE/MAX Alliance at 8:02 AM