Through much of my correspondence over the past few weeks, I’ve said one thing over and over… pay attention to the first 90 days of 2016, because it will set the tone for what kind of year we are going to have in the Denver housing market. 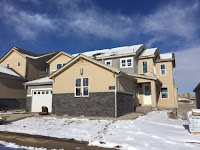 Thirty four days into the year, the verdict is already in… it’s going to be another year of straight fire in red hot Denver.

January blew up, both anecdotally and by the numbers, with buyers rushing into the market and virtually anything worth even considering going under contract with multiple offers, usually well over list price.

I have spent much of the past month standing in line, often two and three parties deep, waiting to get into new listings the first day they hit the market.  I have watched new listings hit my phone in real time, only to get another text message hours later showing that same home under contract.

In these types of situations, the numbers should be your guide.   So here’s some evidence:

As of this morning, there are 4,932 homes on the market in the Denver MLS.  That’s down 9% from December (I thought more listings were supposed to show up in January), down 24% from November, and 37% lower than the 7,823 homes that were for sale in October.

While there are 4,932 homes for sale, there are 6,475 under contract… a ridiculous active-to-under contract ratio of 0.76.  To provide some context, a “normal” market has about twice as many homes for sale as you would see under contract.  In that “normal” environment, it would take 45 to 60 days to sell your home and values would be going up 2-3% per year.

For things to be “normal”, you would need nearly 13,000 homes on the market… and there are 4,932.  That means inventory could increase by 250%, without one additional buyer coming into the market, and you would still see values moving higher.

At this point, you can’t really worry about 2013, 2014 or 2015.  Great years for values, historic times in terms of equity growth for Denver housing.  But the numbers that matter today are the numbers in front of us.

We currently have an absorption rate of 1.07 months, meaning at the current pace of sales, every home in the Denver MLS would be sold in 1.07 months if no new inventory was to come online.  The numbers are even crazier at the lower price points.

What this means is prices are going up, period.


I spent much of last year scanning the horizon for black clouds that never formed.  Yes, we are in our fifth year of a sustained run on housing, and rarely do these runs last more than about seven years.  But the numbers must be your guide, and what the numbers say is that this market still has upside, still has fuel, and is struggling mightily to accommodate the 270 people who are moving to Colorado each day.

This is the hottest housing market in America, period.  If you’re not up for the fight, don’t bother stepping into the ring.

Posted by Dale Becker, RE/MAX Alliance at 7:03 AM