THE GENTRIFICATION OF DENVER

Over the past few years, gentrification has swept over Denver like a rising tide.  It started with the Highlands, then Berkeley, then Sloan’s Lake.  It was followed by neighborhoods like Five Points, Whittier and Cole.  Then Baker, Cap Hill and Cheeseman Park.  Now it’s the RiNo district, Globeville and Elyria-Swansea where investors, flippers and speculators are buying up everything in sight.

All over town, thousands of lower-income residents are being driven from homes and neighborhoods they can no longer afford.  Kids and families are being displaced, school and community demographics are changing, and high-end remodels and so-called "luxury apartments" are going up in record numbers. 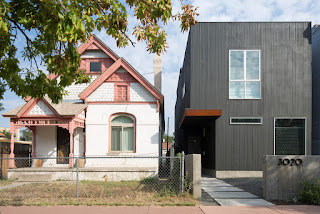 From the outside, it’s all looked great.  Urban renewal.  Capital investment.  Jobs.

Problem is, from the inside, it looks a lot different.  Financial and family stress.  Disruption.  Homelessness.

You can find some well-written and insightful articles on gentrification and its impact on communities in publications like 5280 and Westword, and online by following sites like DenverUrbanism.

But as we enter into 2016 facing our fifth consecutive year of surging home prices and massive migration, a new thought is emerging.  Maybe gentrification and the impact of soaring home prices isn’t just a lower socio-economic class issue.  Maybe it’s bubbling all the way up to what has historically been Denver’s middle class.

What if, in the not too distant future, homes priced in the $200s disappear the way homes priced in the $100s have vanished since 2011?  With a median home price in the mid $300s and bidding wars ongoing for everything that isn’t falling down, how much longer before an 1,100 square foot ranch built in the 1960s sets you back $400k? 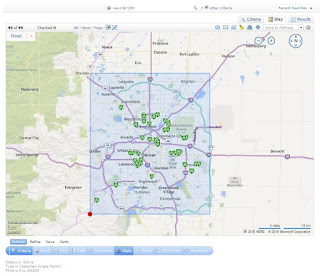 Gentrification has always been an emotional issue, but it’s a lot more emotional when the waters reach your shore.

In fact, if you look at the distribution of closed single-family detached sales in 2011 and 2015, bracketing by different price ranges, you’ll see what a completely different market Denver is today versus just five years ago.

As I have written about previously, since the beginning of 2012 home values in the city of Denver have gone up by nearly $18 million per day, every day, now accounting for nearly $30 billion in equity gains.  Clearly, Denver has become an affluent place to live.  Or, as a friend of mine who runs a tech business describes it, "Denver is now the fastest growing suburb of San Francisco."

And with 270 people per day moving to Colorado last year and similar numbers projected for 2016, somehow the thought of having a total of 48 homes for sale under $200k makes further price increases seem like a virtual inevitability.
Posted by Dale Becker, RE/MAX Alliance at 2:28 PM