LIFELINE ON THE WAY FOR CONDO MARKET?

Three years after the condo market brutally tanked, hope may be on the horizon. 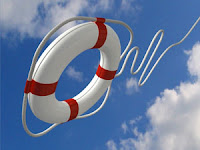 FHA has announced that it plans to revisit the drastic steps it took in 2009 to effectively get out of the condo market, steps that killed the primary funding source for condo loan in the US and sent values plummeting as a result.

Due in large part to the high number of investors and speculators who used FHA financing to fuel a condo bubble in cities like Miami, Las Vegas and San Diego during the boom, FHA announced in 2009 a new set of rules that essentially disqualified 60% to 70% of the nation's condo developments from FHA financing.

Because FHA makes 40% of the nation's mortgage loans, and over 60% of the loans below $200,000, the loss of FHA financing was a crippling blow to condo communities and condo owners alike.

In an ironic (but predictable) twist, FHA's attempt to shut down future condo lending also sent hundreds of thousands, if not millions, of existing FHA loans into foreclosure, further sinking the agency in red ink.

Regulators have now announced, however, that FHA plans to look at easing up on these rules as the housing market improves and the economy recovers.  That would be a huge lift for the millions of condo owners who have been holding on, waiting for some good news in the most distressed sector of the US housing market.
Posted by Dale Becker, RE/MAX Alliance at 12:21 PM