THE "RON APPROACH" TO SELLING

Late yesterday afternoon, I popped into Costco to scratch an itch that has been bothering me for 10 years. You see, while I am not a big television person, I’ve had the same 100 pound Panasonic box-monster color television set since the early 1990s. Uncool, I know. And yes, I’ve heard it from my family. 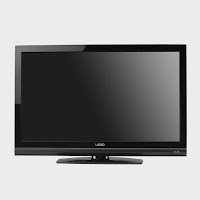 So we decided it was finally time to contemporize.
Being a deliberate person, I wanted to start by doing my research. Maybe look at a couple of different models, jot down some notes, then do hours of research on the computer. At least that was my plan, until I met Ron.
Ron is a man in his mid 60s who sells televisions at Costco. Nice guy, personable. Ron approached me as I was staring at the different models, which all looked strikingly similar to my untrained eye, save for price.
“What are you looking for?” Ron said.
“Just checking things out, taking some notes,” I said.
And from there, over the next 10 minutes, Ron proceeded to share enough information with me to make me an expert on flat screens. He explained the difference between plasma and LCD (plasma does better in dark settings, like a basement, while an LCD views better in a bright space), why higher HZ settings are better for sports or action (lower HZ settings blur during camera movement), and how many video games and Blu-ray players require 1080 pixels for the best image while most television channels are fine with 720 pixels.
In the end, we found a nice “mid-range” flat screen that is bringing joy to my household already.
Thanks to Ron, I didn’t overbuy for what I needed. I had confidence about what I was doing. And he let me make the decisions. Frankly, it was about the best sales experience I’ve had this year.
Which brings me back to real estate... because our clients certainly deserve to have at least as much clarity about what they’re doing in buying a home as I did in buying a flat screen. Ron took me from “apprentice” to “expert” in a short period of time, and because of it, I would buy from him again in a second.
I have always taken the “Ron approach” to selling real estate. I just didn’t know what it was called. My hope is that my clients feel the same way at the end of the process as I felt when I pushed that big cart out of Costco yesterday afternoon.
Posted by Dale Becker, RE/MAX Alliance at 1:32 PM