If you were thinking about putting your home on the market in 2019, you may have missed your best chance for a quick and easy sale.  The spring market is officially done and over.

As I've chronicled before, the Denver spring market hits early, and the absolute best time for anyone to get a home on the market is between mid-January and Memorial Day.  The market traditionally downshifts after Memorial Day, and the summer slowdown is already very much underway, even though summer doesn't "officially" arrive until June 21. 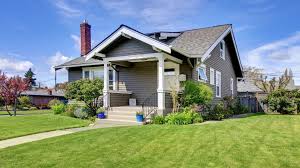 It's a very different world than what we have experienced over the past six years, and both buyers and sellers need to adjust their expectations going forward.

A total of 7,969 homes did go under contract in the past 30 days, which actually reflects a 2% increase from a year ago, so demand is holding up.  That's key, because if demand were to crater, prices would be at risk of falling.

As it is working out right now, the increase in listing inventory simply means buyers have more choices, less urgency and are less likely to write "over the moon" offers.  That will dampen, but not extinguish appreciation.

But the days of 10% appreciation and multiple offers on any moderately attractive listing are over.  The era of extreme market velocity is over, and what that means is that sellers must realistically expect to spend a much longer period on the market before receiving an offer.

It also means we're going to have to correct a lot of bad habits that have been allowed to take hold during this epic market run.

The number of real estate licensees in the Denver metro area has doubled since 2011, which means more than half of the agents in this market have never experienced anything other than "sold in a weekend with multiple offers".

That means they didn't need to devise marketing plans, they didn't need to promote listings and they have never experienced the joy of meeting with disgruntled and disappointed sellers week after week to explain why there's little or no activity on their home.

The exodus of so-called agents is underway, and will only intensify going forward.

For sellers, the reality is clear.  You have one shot at a first impression, and if think your home "may" need carpet, paint or new appliances, it probably does.  And maybe a new roof as well.

When prices were going up $30k per year, buyers would overlook things just to get a property under contract.  Now, with prices at all-time highs and mortgage payments for lower down payment buyers clearly higher than rents, the incentive to take a bad deal is gone.

Buyers' remorse is also now a real thing.  I've listed seven homes in the first five months of the year and four of them lost buyers after going under contract.  That's not fun.

In the "old" days (pre-2019), having a pile of offers in one weekend allowed a good listing agent to sift through the buyer pool and screen candidates like an employer reviewing job applications.  It was easy to go through the offers and assess which buyers were best qualified and which agents had a track record of success.  It was a game of odds and percentages, and your odds of getting to closing in one piece and without drama were obviously greatly enhanced when you could put the best qualified people on the bus.

Now, it's much more random.  When offers are scarce, you simply can't be as picky.

That means sometimes saying "yes" to buyers and agents you would not have agreed to contract with in the past.  And more often than not, marginal agents have questionable buyers.  Which leaves sellers in a precarious position.  Do you take the only offer in front of you, and hope you can hold it together?  Or do you stick it out and endure the continued inconvenience of sporadic showings and an uncertain future in hopes a better buyer comes along?

The decisions are not so easy, and the headaches are much more frequent.  To survive this process, you need wise counsel, strong communication skills and a real strategy that goes beyond putting a sign in the yard and getting out of the way.