What do you say to buyers in the face of multiple offers, bidding wars, cash-rich weed growers and well-heeled out-of-staters overrunning the Denver housing market?

What else can you do?  The numbers in our market today are so lopsided – less than two weeks of inventory below $400k, double-digit price appreciation for a fourth consecutive year, 270 people per day moving into the state, with over half ending up within 40 minutes of Denver – that you either keep swinging or start packing. 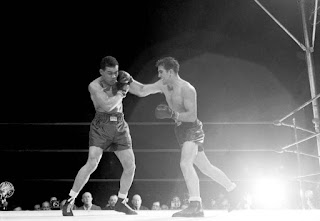 I know it’s frustrating.  Believe me, I know.  This past weekend, I wrote offers for four separate clients which all ended up in the recycle bin.  One was $25k over list price.  Another was for a cash buyer, 14 day closing, $7k over list price.  One agreed to pay $5,000 over appraised value.  And a fourth was $11k over list price.

The problem with checking out is that, for the foreseeable future, the median home price value is going to continue increasing by $94 per day.  That’s how much values have gone up in the past year, according to the most recent report from the Denver Metro Association of Realtors.

Are these numbers scary?  Of course.  They are terrifying.

But you have to pull back and be objective.  You have to trust the numbers.

The ten-year average for listings on the market in the Denver MLS is about 15,000.  Today there are 5,996.  In just the past 30 days, 5,667 homes went under contract.  Overall, there are more than 8,400 homes currently under contract, or essentially 140% of the active inventory.  Historically speaking, that figure should be about 33%.

Economists consider five months of inventory to be a “balanced” market, where buyer and seller demand square up.  Five months is 150 days.  We currently have 14 days of inventory below $400k!

For bonus points, the unemployment rate in Denver is 3.2%, rents have also been rising at a 10%-plus clip and the Rockies are (however temporarily) tied for first place.  Strange days, indeed.

I’ve never seen a market like this in 22 years as a broker, but then I’ve been saying that for about four solid years.  Denver is not becoming a big city.  It is one.

There are plenty of lousy things about our explosion into a big city metropolis which I grieve on a daily basis.  Traffic, for one.  Homelessness and gentrification, for two more.  Massive and generally thoughtless big box apartment buildings blotting out the skyline.  And schools that are totally unable to keep up with the surging population, especially on the west side of town.

But it's not all bad news, either.  Anyone who wants a job has one.  The metro area is literally floating on an ocean of equity and cash.  Older neighborhoods are being reborn as homeowners pour significant amounts of money into long-delayed maintenance and home improvements, further increasing area values.  Lawns are green.  Paint is fresh.  The kids are alright.

If you’re one of those frustrated also-rans in the housing derby, I feel your pain.  Emotionally, it’s easy to think about quitting.  (FYI, this past Monday morning, I thought about quitting)

But if you believe the numbers, this thing is a long way from over.  Demand is so overwhelming in relation to supply that the top of this market is likely years, not months, away.  There is nothing that suggests this trend is reversing any time soon.

It sucks to lose and lose and lose.  Resilience is a learned behavior.  And right now, you have to be resilient.  Even if it hurts to press on.

Posted by Dale Becker, RE/MAX Alliance at 8:18 AM

THE LONG GAME AND THE SHORT GAME

When it comes to a career in sales, there is one question that will govern how you act, who you work with and whether you will enjoy (or hate) your job. 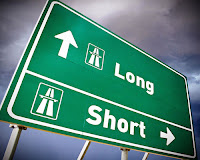 Are you playing the long game or the short game?

The short game is all about the here and now.  This deal.  This client.  This listing.  It’s about your next meal, your next car payment or whether the baby will have milk tomorrow.  It’s contentious, often adversarial and based on conquest and power trips.

The long game is about ten years from now.  It’s about building a brand.  It’s about making decisions on criteria other than immediate gratification.  It’s about sowing seeds instead of chopping down trees.

Truth is, it seems to me a lot of people in real estate are addicted to the short game.  As I have written about extensively in previous posts, our current market is dominated by two emotions - fear and greed.

Fear and greed are the essence of the short game.

When you play the short game, the payoff is the equity of the paycheck.

When you play the long game, the payoff is the equity of the relationship.

I’m not here to tell other people how to run their business.  Truth is, their business is none of my business.  But way too many agents (and people) these days are operating from a position of scarcity, a belief that every dollar left on the table is somehow eternally snatched away, never to return or be multiplied in some other form.

Abundance is the opposite of scarcity.  Abundance is based on the belief that there is plenty of business, plenty of opportunity and plenty of money to go around.  Those who believe in the theory of abundance know that the universe loves a cheerful giver, that collaboration beats conquest, and that brand equity is your most important asset.

I often say that every transaction is really three transactions, if you play it right.  It’s the immediate sale, it’s a future referral and it’s the repeat business that happens ten years down the road.

Don't get me wrong.  I'm not saying you should roll over and be a softie.  Skilled negotiation is one of the most important survival tools for a top-performing real estate broker.  Believe me, I will fight when it's time to fight.  But playing the long game means that the battles I fight will be for my clients, not for me.

The answer to those questions will determine if your personal brand is an asset or a liability.

To those in this business stuck in the darkness of fear and scarcity, I offer this appeal… stop playing the short game.  If you don’t like your clients, fire them.  Clear space for new opportunities.  Surround yourself with people you like.  Quit being a desperate, greedy vampire.

Decide today if you’re going to be doing this in ten years, and if you are, then start acting like it.  You don’t need "deals".  You need people who trust you.

I’m sick of all these agents playing the short game.  One day, when this market changes, your reputation will be your currency.  Your value won’t be determined by whether the market is hot or cold, but rather by what people think of you.

Posted by Dale Becker, RE/MAX Alliance at 6:32 AM