Peyton Manning or Mark Sanchez?  Who do you want leading your team down the field with two minutes to go and the game on the line?

If your follow the NFL at all, the choice is probably pretty obvious.

Then why do some many home buyers and sellers choose to bring in their own “Mark Sanchez” when it comes to buying or selling a home?

I’m telling you, it is nothing short of amazing when you start to measure the distance between those who know what they’re doing and those who do not in the game of real estate. 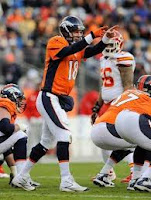 Part of the difficulty for consumers goes to the issue of transparency… for years, I have advocated for full public disclosure of agent sales production.  But because the MLS is technically a “private organization” (like a golf club or special interest group) and not subject to public domain, the members (agents) of the organization get to set the rules about disclosure.  And year after year, the majority of agents vote to keep individual agent production hidden away from public view.

Why?  The answer is obvious.  In real estate, 20% of the agents sell 80% of the homes.  So the vote to “disclose” by someone selling 35 homes a year is effectively cancelled out by the part-timer who sells two.  Hence, no disclosure to the public.

I once sat down and brainstormed “100 Ways to Kill a Real Estate Deal” as a means of illustrating for my buyer and seller prospects all the ways well-intentioned real estate transactions can come off the tracks.

It really is quite a list.  You can review it by clicking here.

The point is, many of the most common derailments of a real estate transaction are avoidable.  I recently came very close to writing an offer for a buyer on a home which had $132,000 in (undisclosed) IRS tax liens.  The listing agent, who sold three homes last year, had no idea that the liens even existed until I pulled an Ownership and Encumbrance report (which does cost money, which is probably why he didn’t do it) and pointed it out to him.  Next.

I recently was involved with a complex “For Sale by Owner” transaction which involved an estate sale.  I had buyers who saw the FSBO sign in the front yard and asked me if I could help them.  I did, only to discover that the lady who owned the home had actually apportioned the ownership interest in the home into five separate and equal shares (one for each of her adult children) right before her death.

That meant five separate sets of negotiations with five grown adult heirs in three different states who had very different ideas about what the home was worth and what kind of condition it should be conveyed in… which I persevered with and successfully completed (negotiating a commission along the way) because that’s what my buyer client wanted.

Negotiation is another critical aspect of a real estate transaction.  To use the football analogy, think of it as play calling.

One of the strategies I consistently use in negotiation (I’m giving away secrets here) is that I often try to do the other agent’s job for him.  In other words, if I have a buyer and we’re asking for repairs during the inspection process, I bring contractors in to document the problem.  I obtain bids (sometimes from multiple sources, all of whom I trust) for different levels of repair.  I then present a couple of pre-packaged “solutions” to the seller’s agent – ones that have been researched, priced, documented and which are presented in a highly organized way so that all the seller has to do to keep the deal moving is say “yes” to one of my pre-determined solutions.

Is that more work?  Yes.  Does that take more time?  Yes.  Does it require more skill?  Yes.  Is it worth it for my clients?  Absolutely.

So back to the original question.  If the game is on the line and you have one chance to win, who do you want quarterbacking your team?  Someone with 20 years of experience and the highest credentialing in the business, or someone who just wandered on to the field and picked up a helmet?

Whether you are buying or selling a home, the decision you make is often the difference between the thrill of victory and the agony of defeat.
Posted by Dale Becker, RE/MAX Alliance at 10:45 AM

THE PRICE OF WAITING

"Congratulations, you sure showed them!"

That’s the first line of a “mental letter” I have composed many times this year.  It’s been “written” to many so-called buyers who, over the past two years, have discarded my advice, once-in-a-lifetime financing opportunities and overwhelming demographic evidence to die on the hill called “looking backward”.

These are people who kicked the tires on dozens of houses, perhaps wrote a handful of lowball offers, never got close to putting a deal together, and now sit on the sidelines, complaining as rates have risen and prices have gone up 10% or more in the past year.

As I said, you sure showed them.

You cannot successfully use 2010 strategies in the market of 2013.  You cannot tenaciously hang your hat on dated comparable information (thanks, Zillow) and predatory buyer psychology when inventory is down 70% from the peak and anything that shows well and is priced within reason is almost immediately subject to multiple offers.

You had a unique, incredible window of opportunity, and if you chose to overplay your hand (as many did), you blew it.

Now the question is, what happens if you wait another year?  Do you think affordability will be higher 12 months from now than it is today?  Do you think prices are coming back down because banks made loans to people on homes that generally cost less than replacement value who had sizeable down payments and excellent credit?

I’m not feeling that bubble-thingy you keep talking about… at least not yet.

As I’ve said before, I’m going to judge this market by the quality of buyer in the front seat of my car.  As long as they have large down payments, excellent credit and real jobs, this run has a ways to go.

But for those of you who cannot change in the midst of changing circumstances, that’s okay.  You keep right on renting and every month, you’ll be moving someone else (namely, your landlord) one step closer to financial independence.

As I said, you sure showed them.
Posted by Dale Becker, RE/MAX Alliance at 1:09 PM

There’s a new breed of buyer in the market.  It’s the buyer who doesn’t care, and if you end up competing with him, you will lose.

He’s tired of expending the mental energy.  He’s come to terms with the fact it’s a competitive market, especially below $300,000.  He doesn’t want to miss any more of his kids’ softball games or dance recitals while he’s out chasing the latest “deal”.

And so, when he gets to this point, he is simply going to do what it takes to win. 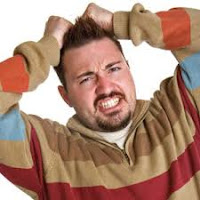 I have had a few buyers who don’t care anymore in my car this year.  They are not there anymore, I’m pleased to say, as they are now home enjoying themselves on the weekends instead of sitting in Starbucks at the end of another long day throwing together the details of yet another purchase contract.

But I have been on both sides of it.  I have lost numerous homes and deals this year when competing against buyers who don’t care, because frankly, they don’t care.  If my client chooses to go conservative and someone else chooses to go all-in, we’re going to lose.  That’s just the way it is in 2013.

The point of this is not to say that the buyer who doesn’t care is good… or bad.  It is simply to educate you to the fact he is out there, he’s looking at many of the same houses you are, and for him, the search is going to end today.

He’s reached a point where it’s no longer fun.  He knows he wants a house.  He knows the market is hot.  He knows that a good market will make even marginal decisions look wise.  And so he quit worrying about the minutia and negativity that control people’s minds in a down market.

He’s going to buy a house.  And he doesn’t care anymore.
Posted by Dale Becker, RE/MAX Alliance at 3:22 PM