WHERE THE INVENTORY ISN’T

I’m always intrigued by numbers, and like everyone else I’ve been trying to figure out why there’s so little inventory in our red hot Denver metro housing market.

So this morning I decided to run some simple calculations merging US Census data with Denver MLS data to figure out where homes are most (and least) available, statistically speaking.

For methodology, I pulled US Census data from 2013 on the number of available housing units in several metro area cities, and then divided that number by the number of closed sales over the past 12 months.

Here's what I found…

Based on this survey, the tightest of these housing markets is Lafayette, with one out of 26.11 homes being sold in the past 12 months… and the loosest, surprisingly, is Golden, with one sale for every 11.57 homes. 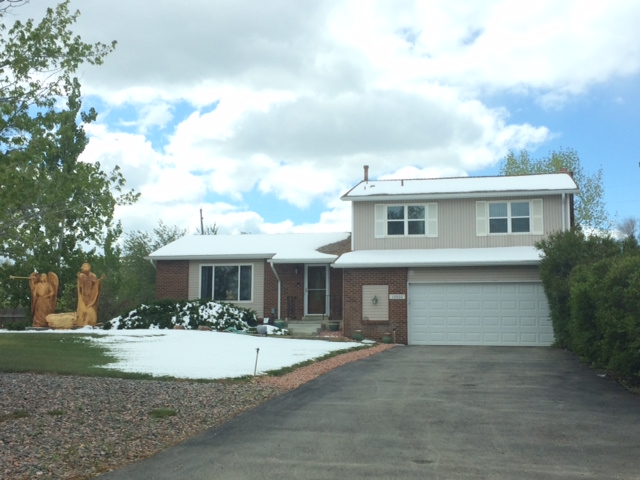 Why would more homes turn over in Golden?  My best guess is because of the high number of older people who live here, and the number of investor-owned rentals related to the School of Mines.

The average tenure for a home owner in the US today is between 8 and 10 years, which means there should be one sale annually for every 10 to 12 homes in a community.  Only Golden in holding to that statistical norm right now.

Even with significant equity gains and cash profits waiting to be realized, sellers aren’t selling.  And as long as sellers won’t sell, buyers in the metro area will keep having to pay more.
Posted by Dale Becker, RE/MAX Alliance at 7:53 AM

I listed a home in Thornton a few days ago and over the first weekend on the market I had 41 showings and six offers.  Five of the six offers were more than $5,000 over list price.  Five the six offers had reputable, strong, high-producing agents.

Three of the offers had compelling narratives about why each particular buyer wanted (or needed) to be in this neighborhood.  Agents took turns explaining how much their buyers loved the home, needed to buy, and wouldn’t fight on inspections.

One agent volunteered to reduce her commission by $3,000 and let the sellers keep the money.

In the end, one buyer got the house.  Five buyers got nothing.

I listed a townhome in Lakewood in January that drew a dozen offers in three days.  All 12 were at or above list price.  Ten of the 12 were solid offers that could have worked in any other market.

In the end, one buyer got the house. Eleven buyers got nothing.

As I wrote about nearly two years ago, there is a hierarchy of buyers.  It starts with cash buyers, who don’t need appraisals, don’t have to go through underwriters and can close within a few days.  If a cash buyer writes a reasonable offer, he wins.

Next are the large down payment buyers, who have the resources to deal with an appraisal that comes in low and the financial IQ to realize that just getting a home under contract sooner rather than later is the smartest move they can make in this environment.

Then comes the mid-range down payment buyer who may be willing to waive contingencies… perhaps taking a home “as is”, waiving the appraisal contingency, or offering to pay for title insurance.

They comes the smaller down payment buyers, who may let some of their earnest money go hard early in the contract period (or even upon acceptance) to show how serious they are.

Then come the FHA/VA buyers, who often get frozen out simply because their financing is more dependent on the underwriter and the appraisal.

And at the bottom come grant-money buyers, down payment assistance buyers and those with no reserves at all beyond their minimum down payment.  Many of these buyers are simply roadkill on the superhighway that is the 2015 Denver housing market.

Agents, what do you do?  The sad reality is that most good listings are drawing several well-qualified offers from highly motivated buyers.  As I said, with my last two listings, 15 of 18 offers would have been fully acceptable on their own just two or three years ago.  But today, that offer that would have worked in 2011 or 2012 might be number eight or nine on the priority list in 2015.

Adapt or die.  Buyers, if you aren’t ready to fight, don’t get into the ring.  This is a nasty, competitive market and unless you are fully committed to competing, you might as well just sign another lease.

With that kind of inventory disparity, higher prices are a foregone conclusion yet again in 2015.

You can choose to believe the numbers, or you can choose to believe your crazy uncle in Illinois or New Jersey or Florida or some other market with high unemployment, lots of distressed inventory and a broken economic system.  If Uncle Vinny tells you smart buyers never offer full price, or that threatening to walk away over a leaky faucet is a solid strategic move, hang up the phone.

Here in Denver, for the foreseeable future, prices are going up.  Period.

Each day you’re out of the market is costing you money.  The longer you wait, the higher those prices go.

If, after educating yourself and considering the market, you think things will calm down in 18 – 24 months, then go ahead and have a seat.  You are definitely entitled to that opinion, and you could be right.  But if you’re thinking about buying in 2015, then this is a loser’s attitude.

Right now, successfully buyers are focused on one thing:  getting a house under contract.

If you’re focus is on something else… getting a “deal”, lowballing the seller, fighting over appraisals, nickel and diming on inspections… please step aside.

The serious buyers are coming through.
Posted by Dale Becker, RE/MAX Alliance at 5:18 PM

The two most common words in Denver real estate may be "Under Contract", but three new words are trending... "Back on Market."

In an emotional environment where multiple offers and bidding wars are the new norm, buyer’s remorse is a growing problem.  If you beat out seven other buyers, then are asked to double your earnest money and waive your appraisal clause, you might find yourself feeling a bit grumpy about the entire process before the ink on the contract is even dry.

Get to inspections, throw in an older furnace, a dishwasher that occasionally leaks and a window that refuses stay to open without aid of a broomstick, and you have the recipe for… back on market. 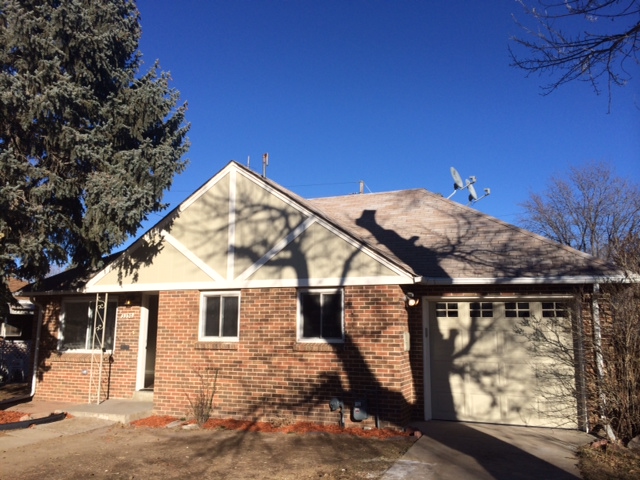 The number of homes going under contract only to re-appear back on the market a week later is definitely on the rise.  In fact, I have recently written several “backup offers” on homes already under contract because so many deals are falling apart during the contract period.

A few weeks ago, I had a Littleton client interested in a sub-$300k home which had multiple offers.  Despite writing a strong offer, waiving contingencies and even agreeing to take the home “as is”, we were beaten out by another buyer.

The one caution flag on this home was a do-it-yourselfer's back deck directly off the kitchen which was not in the best of shape.  It was only about 18 inches off the ground, so we didn't feel it was a great safety hazard, but it was suffering from splintering wood, loose rails and uneven balusters.

It was something my client and I discussed when we wrote our offer, and I felt like it was the biggest obstacle a buyer would face with this home.  But what would the real cost be to tear it off and replace it?  Maybe $3,000?

In a market where prices in many areas of town are going up 1% a month, walking away over a $3,000 concern isn't automatically a wise move.

So we circled back and submitted a strong backup offer, basically mirroring our original offer but allowing $1,000 of earnest money to go “hard” and become non-refundable upon acceptance, should the first contract fall for any reason.  We also agreed to take the home "as is", keeping only our right to cancel if the inspection turned up more issues.

And sure enough, when the first buyer started balking about it, I got a phone call.

And sure enough, a day later buyer number one was out and we were in.

We did our inspection, and while the long-term prospects for the deck are questionable, the rest of the house checked out fine.

My clients closed, moved in, and ended their long and winding journey through Denver's fiery-hot real estate market.

With 85% to 90% of the inventory under contract in most areas of town below $300,000, this is an exceedingly hard market for buyers to navigate.  This market calls for different approaches.  What may have worked in 2012 or 2013 is irrelevant in 2015.

I talk to my sellers extensively about the growing "back on market" trend.  It's critical to treat everyone in a real estate transaction with respect, and to do what you can to keep some goodwill tucked away for the under contract period, because there are going to be bumps.

Inspections and appraisals are now huge issues.  In many transaction, fear and greed have supplanted logic and reason.  For sellers, finding a buyer isn't the challenge.  The challenge is finding the right buyer, with the right agent, working with the right lender.  It's securing an offer from someone who knows what's at stake, has the financial resources to compete, understands the market, and is committed to the deal.

Staging is fun, photos are exciting, showings are great... but the real action now comes once a property is under contract.

Buyers are feeling worked over and abused, and if you push too far, you may well find yourself in that uncomfortable and confusing space known as "back on market".
Posted by Dale Becker, RE/MAX Alliance at 5:28 AM