For as long as I’ve been in real estate, the biggest buyer surge relative to listings on the market takes place between mid-January and the end of March. 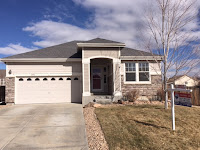 I’ve always felt it was because sellers tend to more beholden to the school calendar and the “conventional wisdom” that the time to sell is in the spring.

However, the numbers tell a different story.

Take a look at these inventory shifts between January and February over the past few years:

In normal months, these ratios will only move a few basis points… but the evidence clearly shows that the buyers show up swinging after the first of the year, while most prospective sellers are just starting to take down their holiday decorations.

I’ve seen it at street level as well.  Already in 2017, I’ve written three contracts for buyer clients which lost out in multiple offers.

While not as intense as 2016, the surge is still real.

I’ve always believed the psychology of the market is that buyers – especially first-time buyers – spend the holidays formulating plans and making decisions about the coming year.  If they reach the point of deciding to buy, they want to start sooner, not later.

And so as quickly as they can find a few new listings and an agent to show them around, they start swinging.


As a seller, the absolute best time to list is when the choices are limited and the buyers are plentiful.

There are other compelling reasons to list early in the year:

Relocations – many relocations are on hold during the holidays, but those relocation buyers hit the ground running in January

Landscaping – if you have an older home with questionable landscaping, the time to sell it is when there is snow on the ground and everyone’s lawn is brown

Lot Orientation – by the same token, if your backyard faces due west and bakes in the summer, buyers aren’t thinking about this in February

Air Conditioning – if you don’t have it, it matters less in the winter

Noise – both road and neighborhood noise are less of a factor in the winter, when windows are closed and the focus is on indoor living

Of course, diligent agents will note all these things, and with good representation a buyer will know exactly what’s going on.  But I also talk to people all the time (who were represented by other agents) who say “we never thought about that when we bought”, or “if we had known, we would have reconsidered”.

The job of a good agent is to make sure you know everything there is to know and that your eyes are wide open – regardless of the time of year.  I often tell my buyer clients, “My job is to think winter all summer, and summer all winter.”

The best time of the year to list a home for sale is now.  Right now.

Posted by Dale Becker, RE/MAX Alliance at 6:22 AM