THE BABY BOOMERS, GENERATION X AND THE MILLENNIALS

Yesterday in Fort Collins, I was part of an audience that listened to Dave Liniger, President and Founder of RE/MAX International, as he offered his opinions on the state of the United States real estate market in 2010 and beyond.
And while the next few years will be challenging due to high unemployment and record foreclosures, Liniger predicts that huge demographic changes starting in 2012 will unleash the next national surge in real estate values. 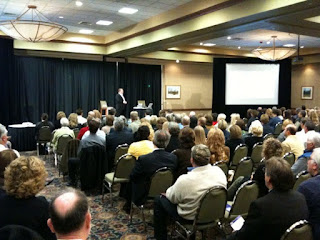 “You’ve got 80 million Baby Boomers, many of whom are looking to downsize in the next few years,” Liniger said. “And what you see is that, for the most part, these are folks who do not want to leave the areas where they have raised their kids, made their friends and lived their lives. Many of these people are looking for lower maintenance homes in urban environments where they can enjoy their retirement without the hassles of home upkeep and maintenance.”
Because these boomers will need to sell their existing homes in conjunction with buying their new ones, there’s a huge opportunity for real estate brokers who successfully can market to this demographic.
“Then you have the ‘Gen X’ers’”, said Liniger. “They are the ‘sandwich generation’, because while there are 80 million ‘Boomers (born between 1946 and 1964) and 74 million Millennials (born between 1980 and 1995), there are only about 48 million Gen X’ers. For the past decade we have been working through a demographic trough, with immigrants helping to supply the additional demand that helped to drive prices higher. Now you’ve got the Millennials coming, and they will start to hit the market in force as first-time buyers in 2012.”
Liniger cited NAR research showing that nearly 70% of first-time buyers are age 34 or younger, meaning that a wave of Gen Y’ers (who are now between 14 and 29 years of age) will be sweeping over the market for the next decade. With new construction down by nearly 80% due to the economy and many builders having gone out of business altogether, Liniger predicts the demand for existing housing will fuel the next boom.
With a surge in housing demand coming, today’s first-time buyers can look forward to seeing appreciation in their housing investments. But today’s buyers won’t necessarily need to sell in order to cash in – by locking in low, fixed rates now in the 5 to 6% range, today’s buyers will have the option of holding on to their homes and owning cash-flowing investment properties for years to come.
Posted by Dale Becker, RE/MAX Alliance at 5:52 AM